The third figure in the Star Trek Classics line from Diamond Select Toys will be accompanied by some neat little Star Trek ice cube/chocolate/whatever trays at retail this month.

Dynamically sculpted by Patrick Pigott, Art Asylums lead Star Trek figure sculptor since 2003, Picards default stance is firing a phaser at an unseen foe, but seven points of articulation in his upper body allow him a wide range of expressive poses. Also, his hands and legs are interchangeable with other figures in the Select line, which means youll be able to give him Mr. Spocks classic Tricorder and Phaser. He stands atop a base representing the interior of a Borg cube, and the torso and arm of an exploded Borg rests at his feet. The parts are also removable from the base, so you can take them back to the Enterprise for study when the figure hits stores in late December.

I used to be a huge fan of both the Star Trek: The Next Generation TV show and the toy line that saw release right along side it, so this release has a big smile plastered across my face. I think this might actually be the first time that Captain Picard has seen release as an action figure since that line closed out some time ago too.

Diamond Select kicked off their Star Trek Selects line with Captain Kirk and Mr.Spock recently and, while they were both pretty cool in their own right, it’s particularly great to see a member of the NCC-1701-D’s crew back in action. Cool points on the base too, as the cube decking is neat enough, but the Borg body is really nifty and one of those little touches that you might know DST for in its other hit toy line- Marvel Selects.

Look for the good captain to arrive on store shelves later this month, right along with some cool Trek ice cube trays. Of course, DST also points out that the trays could also be used to make chocolates or gelatin snacks- which would look pretty great adorned with holiday accouterments at a Christmas or New Year’s party. Just saying…

Jason's been knee deep in videogames since he was but a lad. Cutting his teeth on the pixely glory that was the Atari 2600, he's been hack'n'slashing and shoot'em'uping ever since. Mainly an FPS and action guy, Jason enjoys the occasional well crafted title from every genre.
@jason_tas
Previous Aquaman: The Teen Drama debuts on Bleeding Cool
Next Call of Duty: Ghosts (Xbox One) Review 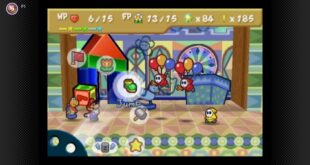