Super Mario 3D World sold over half its shipment

Nintendo‘s killer app for the Wii U hasn’t exactly seen the best of days in Japan. For the first three days, Super Mario 3D World sold around 99,588 units. 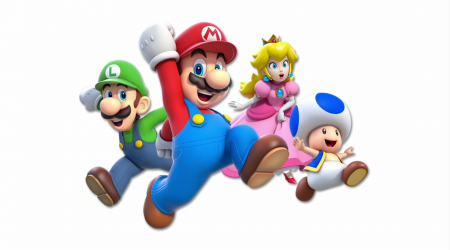 The game sold 57 percent of its shipment, which would make the total number around 175,000. Of course, what should be kept in mind are a couple of things, the first being Japan’s size in comparison to the the west. For a little perspective, the country’s population is over 127 million. Compare that to North America, which has over 528 million, and Europe with a good 739 million people. Expect Nintendo to not only have a larger supply for the two regions, but sales numbers to be much higher. Another factor to consider is the install base of the console itself. Around 4 million people own the Wii U; if even 1 million people in both regions were to buy the game, that would actually be par for the course.

Finally, there’s the length of time that the game has been in stores. Nintendo hasn’t even released their report of sales for the last week. We’re only seeing a snapshot of it with the first three days. Close to 100,000 may not seem like the most optimistic of numbers, but these details should be kept in mind when discussing the performance of Super Mario 3D World.

Well, my name's Christopher Deleanides as you all know and I'm the Nintendo Editor here at BG. I've been playing video games since 1992, and I've been a Nintendo fan the entirety of those years. My love for video games as well as Nintendo hasn't changed, and probably never will. The only thing that comes close is politics, as I'm very deeply involved in both local and international issues.
Previous Contra III: Alien Wars arrives on the virtual console
Next Neverland Co. filing for bankruptcy