No DLC to appear in Super Mario 3D World

If you’re wondering whether or not there will be any downloadable content for Super Mario 3D World, Yoshiaki Koizumi has spoken out and said there will be no DLC for the game. 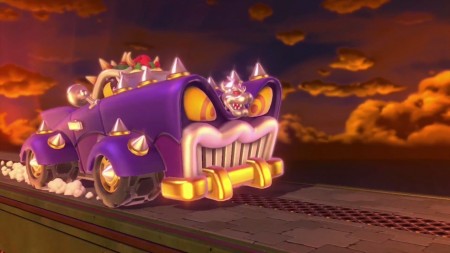 In an interview with Gamekult, Koizumi discusses some elements of Super Mario 3D World, as well as the future of the series, expressing interesting in making an open world Mario game one day, if players requested it. Koizumi also mentions that there will be various uses for the gamepad, as well as a minigame involving Toad that he cannot discuss in depth at the moment. The minigame he mentions is most likely related to the screenshot floating around the internet which shows a toad exploring a small grid like island.

In addition to this feature, a neat little online mode called “ghost mii” will be included in Super Mario 3D World; you can record playthroughs of levels you’ve beaten, which can be put to use in a variety of ways. Some players can follow the ghost miis, showing them how to approach a certain obstacle, or guiding them to secret parts of the levels. You can even compete against ghost miis in courses you play. Super Mario 3D World will be released for the Wii U on November 22nd.

Well, my name's Christopher Deleanides as you all know and I'm the Nintendo Editor here at BG. I've been playing video games since 1992, and I've been a Nintendo fan the entirety of those years. My love for video games as well as Nintendo hasn't changed, and probably never will. The only thing that comes close is politics, as I'm very deeply involved in both local and international issues.
Previous Saturday Radar: GamesRadar’s best for the week of October 28th
Next Extra Life Raises Over $3.6 Million