Hiroshi Yamauchi, former president and the man responsible for Nintendo‘s success, dies at the age of 85. 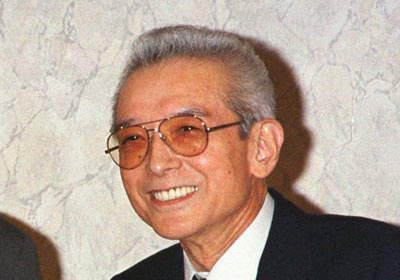 Some of you may or may not know that Nintendo wasn’t always in the video game business. They started out as a playing card company known as “Hanafuda“, and also made toys and even had love hotels. It was because of Yamauchi that Nintendo ventured into the business of video games. In Nintendo’s humble beginnings, Yamuachi steered the company into the world of arcades, giving rise to popular franchises such Mario Bros and Donkey Kong. They even made a console, albeit a handheld, at the time, known as the Color TV Game.

Yamauchi was known in the industry as a very brilliant man, the artifices he implemented lead to the company’s dominance in the 90s, and the influence of his decisions can be felt even to this day. One particularly smart choice on his part was to have divisions in the company compete amongst themselves. This lead to better work ethic, superior products, and inspired employees. This was just one of the many strategies he employed, which has kept Nintendo afloat for all these years.

His philosophies on video games differed from his competitors. One distinction was that he didn’t believe a video game console was meant to be a multipurpose entertainment device; to him, a video game console was meant to do one thing, play video games, and that’s exactly how he designed Nintendo platforms. From the NES, to the SNES, to the Nintendo 64, to the Gamecube, the systems were what they advertised and nothing more than that. Though there were different versions of certain platforms, such as the DVD Gamecubes in Japan, the mainline consoles didn’t have any extra bells and whistles like the PS2‘s DVD player for example.

He also believed in heavy oversight of third parties, limiting them to the development of five games a year, and mandating that they run everything by Nintendo before releasing the products. One could of course argue that the philosophy is in response to the video game crash of early 80s, when companies were churning out thousands of clones of titles, over saturating the market.

Some may have considered Yamauchi old fashioned, others called him a genius; I myself credit him for some of the best memories of my childhood. Here’s to you Mr. Yamauchi, you will be missed.

Well, my name's Christopher Deleanides as you all know and I'm the Nintendo Editor here at BG. I've been playing video games since 1992, and I've been a Nintendo fan the entirety of those years. My love for video games as well as Nintendo hasn't changed, and probably never will. The only thing that comes close is politics, as I'm very deeply involved in both local and international issues.
Previous Nintendo wants to pump… you up! And for free!!
Next Saturday Radar: GamesRadar’s best for the week of 9/16/13