Home / Featured Articles / Feature: Everything That is Wrong With the Modern Gaming Industry

Feature: Everything That is Wrong With the Modern Gaming Industry

As someone who has been gaming now for the past 20+ years, I have a chip on my shoulder regarding a lot of things with today’s gaming industry. 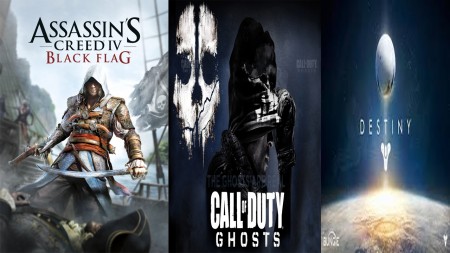 Now where shall I begin?

Here’s a good starting point: how about this whole ridiculous notion of graphics making a great game?

Yes, I am of course referring to an interview I read, where Crytek CEO, Cevat Yerli stated that “graphics drive gameplay,” and also that they’re “60% of the game.” Reading this interview had angered me so much. It was such a stupid and idiotic statement, in my opinion, and is a complete slap in the face to all game developers that spend so many hours working on making a great experience using a combination of narrative, gameplay mechanics, and above all else, making a game that is supposed to be FUN!!! That’s right, gaming is supposed to be a way of having fun! If you like watching realistic looking 3D models, then go watch a damn CG movie. I’m guessing he was one of those people who thought the Clash of the Titans remake was much better than the original, just because of the updated special effects.

If memory serves me correct, I can’t say I recall The Secret of Monkey Island having great visuals, and yet it is the greatest adventure game ever made, even by today’s standards (that’s not an opinion, it’s a fact.) I can sit here and make a long list of games that aren’t graphically impressive like, Amnesia: The Dark Descent, Shenmue Trilogy (it will happen eventually dammit!), Lemmings, Eternal Darkness, Beyond Good & Evil… You get my point!

The reason why we look back on games from yesteryear with such fond memories is not because of nostalgia, it’s because those were truly great games that’ll be remembered forever by those of us who were brought up in, what I refer to as, the Golden Age of Gaming.

Developers were restricted with what they had to work with, they had limited resources and the capabilities of gaming systems back then, which is exactly why they had to come up with creative and innovative ideas for games. Back when I owned an Amiga, you had to use floppy disks to play games, for those of you that are too young to know what a floppy disk is, they were disks that stored information of up to, wait for it, 1.44 MB of data! That’s right, can you imagine a young developer today being told to create a game no larger than 1.44 MB. If graphics really are all that important, then why was Crysis 3 so damn boring? Don’t get any wrong ideas now, this isn’t a personal attack on Crytek. But, I honestly found the game to be a mind-numbing borefest, and let’s not forget how much of a douche the protagonist is.

Now, I hate the word “retard,” and I hate the use of the word, but I feel that it’s the only one you can use to describe fanboys.

I know fanboys have existed for many years, but to me it seems as though they’re getting worse as the years go by. It’s about time all of you dullards out there came to the realisation that neither Nintendo, Sony, or Microsoft give a flying fudge about a single one of you idiots.

Oh sure, just like a stripper, they’ll tell you all the things you want to hear and how much they care for your needs as a consumer, but once they’ve taken your money do you really think your needs are important anymore?

One thing that really gave me a good laugh was during this year’s E3 where I read a whole bunch of comments from Sony fanboys claiming, “Sony actually care about us REAL GAMERS.”

Sony couldn’t care less because they’ve lost sight of what so-called REAL GAMERS actually are. Nintendo fanboys provide me with just as much laughter, claiming Nintendo is the only company marketing towards “core gamers.” Puh-lease! They only come running to you guys when they fail at their attempts to pander towards the casual market. That’s the only time they supposedly care for you.

Exactly how is it that they show this love and affection towards all of you? By flogging those infamous dead horses known as Mario, or how about another Zelda game? Maybe some Donkey Kong? Not even Metroid? (I can’t wait to see all the Nintendo fans go up in arms about this.) Speaking of Metroid, let’s not forget about them destroying one of the most iconic video game characters of all time, by handing it over to those misogynistic virgins at Team Ninja.

As for Microsoft, there’s nothing for me to say about them, they’re free to run around and make idiots out of themselves without my input on this one. You must be thinking right now ,”Hey, you’re criticising all the major competitors, who the hell are you a fanboy for?” The answer to that question is simple, I’m a fanboy of good, original, innovative, and creative games regardless of whatever console or platform they’re released on.

Speaking of creative and original, recently we’ve found ourselves in this new trend of remakes, reboots or even revivals. I would’ve thrown sequels in there as well, but that’s been a plague, which has been spreading for years now and I think I’ve already made my feelings clear about franchises and sequels.

I saw a trailer quite recently for the Strider remake, and although I’ll admit that I found it impressive, you have to remember that it is being developed by Double Helix, who are of course responsible for wielding that hammer and smashing the nails in to the coffin of Silent Hill.

Let’s not forget about how Capcom treat their own IP, like the molestation of the Resident Evil series, or the way they’ve killed off Megaman, and the act they performed on him in Street Fighter X Tekken which can only be described as necrophilia.

I’m not going to bash to much on the Shadow of the Beast remake as the team that are currently developing it have just recently formed, so I’ll just wait and see how that one goes, and pray with all my might that it doesn’t turn into the disaster that the Altered Beast reboot on the Playstation 2 was.

Truth is, I can go on for all eternity about all the things I hate in the current gaming industry. I know a majority of idiots are going to think that I’m just an old fogey letting nostalgia blind my vision, but reality is, I don’t spend as much time playing most modern games because they’re just not fun.

In fact, I’ll go as far as saying that it feels like a chore to complete games most of the time, and that’s only due to the fact I want to finish it, and in turn have turned into a completionist — which is what games have turned us into these days. It’s no longer about experiencing, instead it’s about completing, and what we have to blame for that is, bigger budgets, more resources and unlimited capabilities from machines, which in turn, no longer forces people to be creative and inventive.

I've been a gamer since I was a child (which is going way back when) the very first console I owned was the Sega Master System, during my time as a gamer I have pretty much come across nearly every console including the Bally Astrocade(which requiered cassette tapes to play games) so I have broad range of knowledge when it comes to video games. My favourite game of all time is between Shadow Hearts (a rare gem of an RPG released for the Playstation 2) and Final Fantasy VIII.
Previous Steam Has Greenlight Anniversary Sale
Next Meet the cast behind Assassin’s Creed IV: Black Flag