Nordic Games picks up a pair of Atari properties 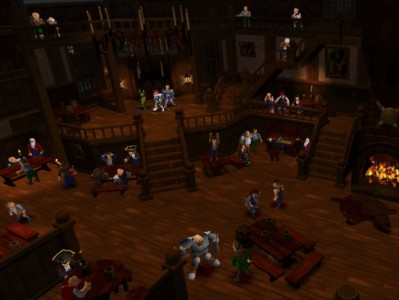 In the realm of games that most people have never heard of, Silver and Desperados are probably kings. Personally, I remember Silver pretty sell for the Sega Dreamcast and, though I can’t say I ever played it, I do recall the original Desperados for the PC.

Desperados are stealth-based real-time tactics computer games, developed by Spellbound and released in 2001 and 2006, respectively. In these games (Desperados – Wanted Dead or Alive; Desperados 2 – Cooper´s Revenge), the player controls various characters in a Wild West setting. The protagonist is a knife fighter and gunslinger, John Cooper. As Cooper sets off on his different quests, he is aided by some of his trustworthy companions.

Silver, released in 1999, is an Action RPG for Microsoft Windows, Dreamcast and Macintosh OS. The game was produced by Infogrames initially for Windows, and later on the Dreamcast. The story focuses around a young warrior called David and his quest to retrieve his wife from the clutches of the villain Silver. On his journey he gains a number of followers and visits many different landscapes.

Both games were picked up from Atari via Nordic Games Licensing AB, which is the Swedish wing of the Austrian publisher. Yes, they’re niche pickups, but they could really be turned into something pretty great by the Painkiller publisher as westerns are gaining in popularity as of late and Silver was a solid game to begin with.

Also very cool is that Nordic is looking to you, the gaming public, to help shape the future of both franchises with your own ideas. They want to hear what you think you’d like to see from both Desperados and Silver in the future and what you’d be interested in playing.

If you’d like to get in on that action, just click here to be whisked away to Nordic’s magical forums where your voice will be heard and, who knows, maybe even acted on.

Jason's been knee deep in videogames since he was but a lad. Cutting his teeth on the pixely glory that was the Atari 2600, he's been hack'n'slashing and shoot'em'uping ever since. Mainly an FPS and action guy, Jason enjoys the occasional well crafted title from every genre.
@jason_tas
Previous SDCC: MTV2 hosts a Party in the Park
Next Rezzed Hands-On: Journal