Football Manager 2013 Is Best Selling Game In The Series

The most recent installment does rather well for itself. 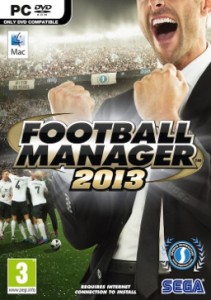 Sports Interactive, developers of the Football Manager series, have announced that the 2013 version of the game has become the best selling game in the series.  This news was confirmed by the head of SI, Miles Jacobson, over the weekend.

“Hmm. So that happened earlier than I expected,” Jacobson said. “I am delighted to announce that #FM13 has just become the best-selling game in the Football Manager series. Thank you so much for all your support!”

At the end of SEGA’s financial year on March 31st, the game has sold 940,000 copies.  Football Manager 2014 will be out towards the end of the year sometime, and will feature crossplay support on Steam, being playable on Windows, Mac or Linux.

Mike is Brutal Gamer's Indie Editor. He has been playing video games since the early 90s and is fond of racing games, puzzlers and MMOs. Typing /played while in WoW makes him cry, but not enough to stop him playing some more.
@Ognawk
Previous Mionix unveils ambidextrous gaming mouse
Next 4″ Axe Cop and pals on the way