Lost a bit in the DuckTales announcement on Friday is that mega-publisher Capcom also released some info about the upcoming remakes of two more classic side-scrollers- the Dungeons & Dragons arcade titles. 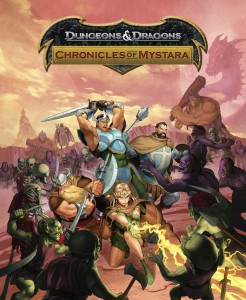 Both Dungeons & Dragons: Tower of Doom and its sequel, Shadows Over Mystara, will be updated and remastered with HD editions. The two games will be ‘packaged’ together in a single digital edition under the heading of Dungeons & Dragons: Chronicles of Mystara. Has a nice ring to it, no?

The games will offer everything that the arcade originals did with four player co-op,  branching paths through levels, and multiple endings- but players can expect quite a few of new additions as well. A ‘House Rules’ system will be in place (and is a great nod to the tabletop D&D games, in my opinion) that will allow would-be dungeon masters to customize gameplay to their liking and make “a completely different experience” for them and their friends.

There’ll also be a Character Visualizer where players can “track which characters they and their friends use most often” (or the least), a Challenge System that sets in game goals (and rewards accomplishments with level-ups and coins), and a Vault that’ll hold unlockables and “loot” (where you can spend those coins from the Challenge System). That’s a good deal of new content for some games that haven’t seen the light of day on a new console in an age and a half.

The Wii U version of the game(s) will also have the required GamePad functionality which will allow for easier spell and item selection. Nothing too revolutionary there, but it’s still nice to have.

Look for Dungeons & Dragons: Chronicles of Mystara to hit Xbox Live, the PSN, the Wii U, and the PC in June from Capcom and developer Iron Galaxy. It’ll cost you 1200 mspts/$14.99/€14.99/£11.99 respectively. And now I’m just going to cross my fingers and wish upon a star for a Knights of the Round/King of Dragons pack…

Jason's been knee deep in videogames since he was but a lad. Cutting his teeth on the pixely glory that was the Atari 2600, he's been hack'n'slashing and shoot'em'uping ever since. Mainly an FPS and action guy, Jason enjoys the occasional well crafted title from every genre.
@jason_tas
Previous Visit Columbia with Brutal Gamer’s Bioshock Infinite Giveaway
Next EA lights the Fuse on preorder incentives 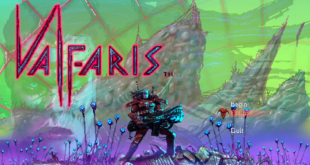