This week, we’re looking at the MMO scene of 2013, an introspective on Mario (that italian plumber guy) and a What If? scenario concerning Metal Gear.

First up, have a look at this. While the list is full of trash that can and will be forgotten by all but a few free-to-play diehards within a few months, there are a few that have caught my eye. Elder Scrolls Online is an obvious one because anyone who hasn’t become enraptured by the near-limitless gameplay of TES games must still admit that the game looks amazing, and the gameplay previews are incredible. Neverwinter looks to be a big competitor for ESO though, as it’s previous rpg entries enthralled players to an almost equal extent. World of Darkness seeks to bring a vampire MMO into the fray, and given my new interest in Vampire: The Masquerade, I’m going to be keeping an eye on this one. Then we have Wildstar, which is something I’ve been gushing about for awhile. The animations are freaky awesome, and the gameplay looks geared at both casual-hardcore and hardcore, and as a designer myself, their ideas are intriguing enough to warrant a watchful eye to see how successfully they’re implemented. Otherland is also interesting, in that it’s taking Tad Williams’ series and bringing it to virtual life. If The RePopulation can hold true to what it promises, it’ll definitely be a game to look out for; GW2-style dynamic events, vehicle combat, and being able to create your own nation. Let’s hope it lives up to the hype.  Salem is an curious title, if only because it could either be very good or very bad, no inbetween. EverQuest Next is something I’ve been hoping to see out of the series ever since I first heard about the original. EQ1 and EQ2 have so many expansions and minutiae that it becomes too daunting to try to play. Phantasy Star Online 2 has me excited, because I’ve loved this series for a long time, and being able to play it on my iOS device is certainly a draw-in. Pathfinder piqued my curiosity when I saw it on Kickstarter; the idea that an indie studio can actually develop an MMO for a playerbase it can already count is huge. Having market number before and during development will certainly change the playing field here; let’s just hope it delivers, because if it does, it could mean big changes. Titan only deserves mention because I want to know exactly why Blizzard isn’t making World of Starcraft. They could make it, and it would last 10 years and make them boatloads of money.

I’ll only mention Guild Wars 2 (since we all know I love this thing to death) in that they don’t really need an expansion pack just yet (or even this year). ArenaNet’s dedication to providing new content on a relatively consistent basis has been upheld (surprisingly for an MMO developer); In the 6 months that the game has been live, players have seen Halloween and Holiday events that were beloved (if a tad buggy), as well as not one but two big content updates (Fractals-Karka and Frost&Fire). They’ve also revamped their achievement system to provide ways for both the casual and hardcore to achieve top-tier gear. GW2 is as focused on aesthetics as GW1 was, and that seems to keep things working well and relatively (Warriors and Thieves need some work) balanced and money flowing in. 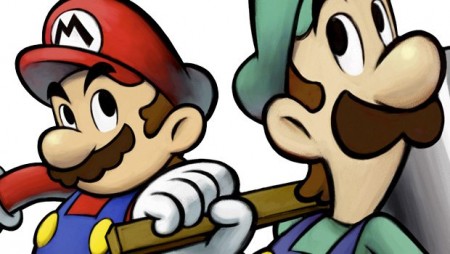 Next, we take a look at Mr Super Mario himself. And by take a look, I mean ask a bunch of silly questions. Despite it being a relatively goofy fluff piece, there are a few interesting (and funny) answers. For instance, each coin is worth $79,000 USD.

Lastly, we have another fluff piece, wherein Solid Snake fails to stop the nuke in the original game. What follows is a series of year-by-year explanations of how the universe would have changed. Answer: not by much, but it’s pretty hilarious. Worth reading.

From the frigid wasteland of Canada, Dan has been writing since the early years, when a blank piece of parchment meant a whole world was waiting for him to discover it at the tip of his quill. Then he grew up and realized he could never be like Harry Potter, so he turned to video games instead. He's now a fledgling Game Designer, working hard to make his mark on the industry. In his off-hours, he likes to scorn people who like long walks on the beach. Too much sand.
Previous From Menzoberranzan to Icewind Dale: An Interview With R.A. Salvatore
Next ECCC: Ongoing Mass Effect comic series announced