We’ve seen the likes of Street Fighter and Mortal Kombat get the current gen treatment, now returns the classic Yu Suzuki arcade fighter, Virtua Fighter 2. After the better part of two decades – does the game still hold up? 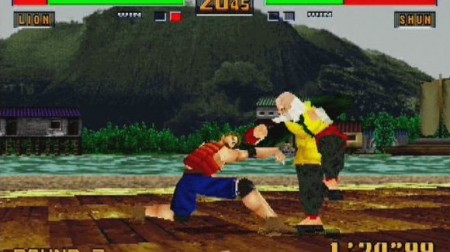 But Virtua Fighter 2’s graphics weren’t without their charm back on the Saturn and that still remains somewhat true now… albeit in an obviously more retro kind of way. A definite knock however, is that it’s a real shame that SEGA didn’t put a higher resolution on the game. Retro graphics are one thing, but running that game in a 3×5 window in the middle of your screen?

Even with its faults though, Virtua Fighter 2 is a massive cult classic. And that’s probably its saving grace, if I’m going to be brutally honest. I have a lot of memories of playing the game as a child as do many others that will purchase this game. The HD game comes with all the original characters that were on Virtua Fighter 2 way back when. 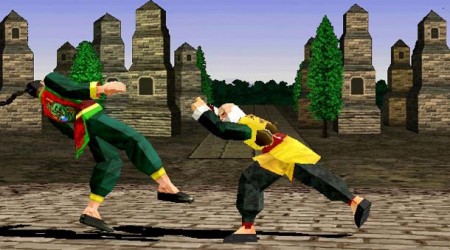 Fans of the previous title will be reunited with the same eleven characters such as: Akira, Jacky and Sarah Byrant, and the final boss (the android) Dural. Along with the original characters, you will also get the same modes and settings that were in Yu Suzuki’s original.

I wish I could tell everyone to run out and pick up Virtua Figher 2 off the Marketplace or PSN Store. But I honestly can’t. It’s probably no stretch to say that if you’re a fan of the original then you will love this. But if you’re not familiar with the series or the title, then  I recommend trying before you buy.

No, the game’s not aged particularly well, but in all fairness it has been 18 years since we last seen Virtua Fighter 2. It is nice to see the series come back to trade punches with the likes of Street Fighter and Mortal Kombat on the current gen consoles- about time too! With the added online play (as well as the leaderboards) the game has quite a lot of depth to it and these features only add to its addictiveness. This is kind of a must get for fans of the original, as flawed a re-release as it may be, or anyone looking for a simple fighter game for that matter.

Some may find the controls have that clunky and non-responsive feel I was talking about and the looks aren’t quite up to snuff. For the tiny price, it’s hard to say no to Virtua Fighter 2 though- especially since most of the original Yu Suzuki magic is intact. Don’t expect a song and dance, but you can expect a relatively enjoyable (and surprisingly addictive) experience.