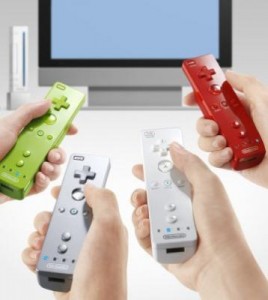 Now that the Wii U has launched, many have wondered the future of the production of original Wii games…

However, in a surprise to no one, Nintendo has come out and said that they are in fact done with the production of original Wii games.

This was revealed in a recent interview with Nintendo marketing director, Bill Trinen, with GameSpot.

During the begining days of the PS3, Sony still made a couple of games for the PS2.  Even up to a couple years ago, many games (mostly sports games) were coming out for both the PS2 and the PS3.

The kid said, "Get ready cause this ain't funny My name's Mike D. and I'm about to get money." Pulled out the jammy aimed it at the sky He yelled, "Stick 'em up!" and let two fly Hands went up and people hit the floor He wasted two kids that ran for the door "I'm Mike D. and I get respect Your cash and your jewelry is what I expect"
Previous Star Trek Mimobots beam down to your desktop
Next Far Cry 3 goes multiplayer in new trailer