Home / News / Playing a leaked copy of Halo 4? Say ‘hi’ to the banhammer for us

Playing a leaked copy of Halo 4? Say ‘hi’ to the banhammer for us

According to report circulating around today, Microsoft is banning modders with pirated copies of Halo 4 with extreme prejudice- permanent style. 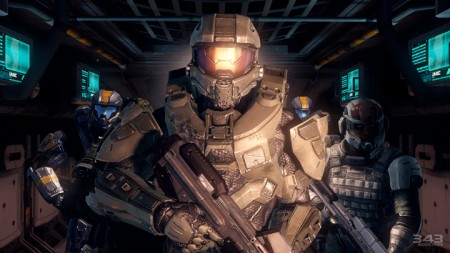 The Xbox company isn’t playing around here. At. All.

According to the website MCV, an email has been shot out of Microsoft’s legal cannons at anyone who’s playing Halo 4 (right now) on a modified Xbox hooked up to Xbox Live. In short, it says that all Live access has been suspended and will not be reinstated for the offending party. And by ‘not be reinstated’, they mean ‘not be reinstated’. Permanent bans from Xbox Live not just for accounts, but also the actual consoles being used.

Don’t steal games kids, in the end it’s no fun for anybody.

Jason's been knee deep in videogames since he was but a lad. Cutting his teeth on the pixely glory that was the Atari 2600, he's been hack'n'slashing and shoot'em'uping ever since. Mainly an FPS and action guy, Jason enjoys the occasional well crafted title from every genre.
@jason_tas
Previous Make some stabbing and/or clubbing weapons in Sparticus Legends
Next Black Ops 2 on Vita to have limited single-player mode