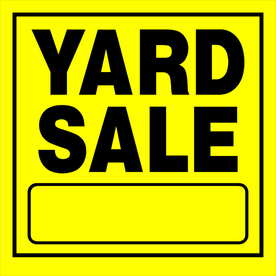 Where I live in Maryland, there is an annual Fall event that occurs in early October called the Catoctin Colorfest, an arts and crafts festival. It’s a huge weekend event where several streets of this sleepy little down are closed down to vehicle traffic. Craftsmen from all over to sell their wares. Foods, wooden toys, signs, clothing, homemade dog treats — you name it, it’s probably there.

While the Colorfest only lasts through the weekend, the days leading up to the festival are HUGE days for yard sales. Having a family of three boys, we have a lot of things that we’ve acquired over the years that need a new home. And if we can get a few dollars for items that would otherwise collect dust or simply take up space, why not try and get rid of them?

So my wife and I gathered up a bunch of unused things like clothing, kitchen appliances, tools, and this year my video games. I went through my collection and picked out nearly 30 titles that I would probably never finish or play again. Especially ones that hadn’t been taken out of their case in a couple of years.

You know what? The games were the most popular item at the yard sale. In fact, one guy came up and purchased 15 titles all at once! While I was only asking about $5 for each game, I still ended up making more than I would have if I had traded in these games at Best Buy or Gamestop.

Not all of the games went, though. All of the Wii titles did, as did the DS games, but I had several PlayStation 3 and Xbox Games (none of the Kinect titles went, either). I was a little pleased that some of the titles, (which I was secretly hoping did go) didn’t sell: like Crackdown and Brutal Legend. I’m not sure exactly why, maybe it’s some sort of strange sentimental thing. I remember my copy of Crackdown still had the Halo 3 beta invite document inside, which is how Microsoft unfortunately marketed the game — which I thought turned out to be an awesome title on its own.

I typically don’t like to give away my games, or trade them in, as I feel that getting $2 in return isn’t worth it. At that point I figure I might as well hold onto it forever. But I’m not a collector, and the games that truly hold sentimental value, will stay in my collection forever. The ones that don’t matter as much, will get the chopping block.

When you get rid of your old games, what route do you typically go? Trade-in? Yard sale? Listing them on a bulletin board service like Craigslist or auctioning them off on eBay?

Troy is the Features Editor at Brutal Gamer. When he's not writing about or playing video games, he's enjoying life with his wife and children. He also loves coffee. And lots of it.
Previous PSN downtime coming on Monday 15th
Next Worms Collection (Xbox 360 & Playstation 3) Review 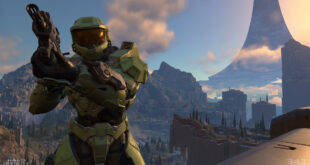