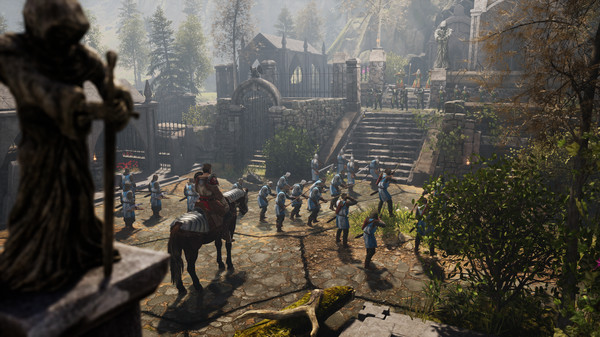 Now with a later release date is King’s Bounty II, 1C Entertainment and Koch Media’s tactical RPG. The game dawns on consoles and PC this August.

“As a team, we had to make the difficult decision to move King’s Bounty II’s release to a later point in 2021 to ensure the team has adequate time to deliver the best possible King’s Bounty experience,” said Nikolay Baryshnikov, CEO of 1C Entertainment.

“We are currently at a stage where the content is complete and playable, but we need more time to finish playtesting, fixing and polishing. The revised launch date will give us additional time for balancing, which is much needed for such an important project, with its ambitious open world, complex narrative and deep turn-based tactical and RPG mechanics,“ said Denis Maltzev, King’s Bounty II producer. “Seeing the love and passion that you, our fans, put behind this project, we are grateful for all your support and ask for a little more patience. We are hoping that this won’t feel like a long delay and please make sure to keep an eye on our news channels to receive the latest updates as we approach the new release date.“

King’s Bounty II is set for release on the PS4, Xbox One, Switch, and PC. As mentioned the release date has been nudged back from the March launch originally pictured, though the title will still arrive this year. Expect it on August 24th, 2021.

Jason's been knee deep in videogames since he was but a lad. Cutting his teeth on the pixely glory that was the Atari 2600, he's been hack'n'slashing and shoot'em'uping ever since. Mainly an FPS and action guy, Jason enjoys the occasional well crafted title from every genre.
@jason_tas
Previous Boba Fett to get comic series from Marvel
Next Bloodstained’s Miriam crusades into Blasphemous in new free DLC