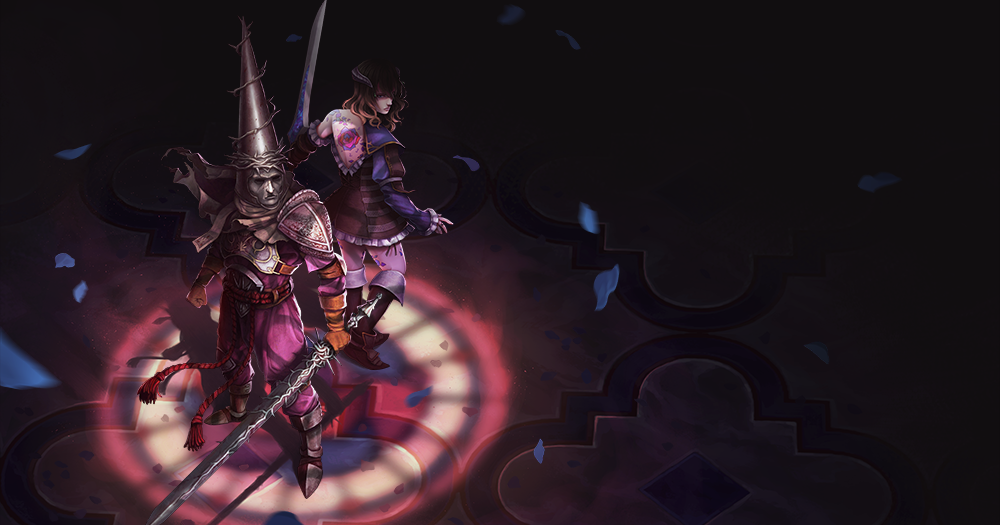 A loaded new DLC pack is ready for The Game Kitchen’s Blasphemous, and it brings Bloodstained’s Miriam into the dark world of Cvstodia.

A unique crossover to be sure, since both games in question haven’t been linked before, but Bloodstained and Blasphemous are now part of the same… multiverse? That would seem to be the case anyway, as the Strife and Ruin update for the latter game introduces Miriam.

If you don’t know who she is, she’s the hero of 505 Games and ArtPlay’s Bloodstained, and she now finds herself trapped in the world of Blasphemous – Cvstodia. Strife and Ruin doesn’t let you play as Miriam though. Instead you’ll take up the role of The Penitent One again, as he attempts to lend his visitor aid, and return her to her world.

As you can see there, there’s a bit more to Strife and Ruin than just the Bloodstained crossover. There’s also that awesome de-make, that brings Blasphemous back to the 8bit era. The de-make is a “linear” experience, so it really does recreate the game in the NES style. Though, you’ll have to find it to actually play it.

That’s right, this isn’t an option that’s available right from the main menu. The de-make is located somewhere inside the world of Cvstodia, in an arcade cabinet. How cool is that?

A Demake area has also been added that pays homage to classic 8-bit platformers, providing a linear experience, played inside an arcade cabinet that is hidden in a secret location on Cvstodia, with reimagined visuals to match the retro style. Core mechanics will change to suit the classic style as well, as The Penitent One strives to gather five golden skulls and defeat a new boss to reap the rewards. Continuing the retro theme, The Game Kitchen has also included several new render modes, emulating older TV effects that can be applied throughout the entire standard game.

From Team17 and developer The Game Kitchen, Blasphemous is available now for the Switch, PS4, Xbox One, and PC.

Jason's been knee deep in videogames since he was but a lad. Cutting his teeth on the pixely glory that was the Atari 2600, he's been hack'n'slashing and shoot'em'uping ever since. Mainly an FPS and action guy, Jason enjoys the occasional well crafted title from every genre.
@jason_tas
Previous Trailer: Tactical RPG King’s Bounty II heads to release in summer
Next Evil Genius 2 shows off sandbox mode and more