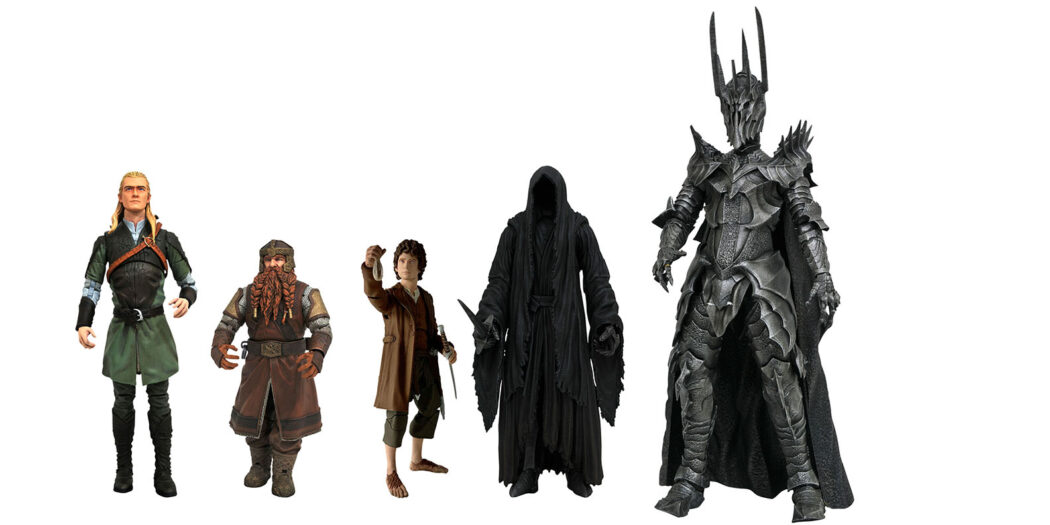 The new Lord of the Rings Select line from Diamond Select Toys is rolling towards 2021, with a wave that includes Frodo himself and a deadly Nazgul.

Not only that, but it’s been entirely too long since there’ve been any kind of toys based on LotR. The Hobbit films had a line that fit in with the previously released Toy Biz figures from the first trilogy, but that’s been it. Well, till now anyway.

Lord of the Rings Select looks like it might be a winner too, with large 7″scale figures sporting plenty of articulation. Wave 1 isn’t yet available, but counts Gimli and Legolas on its roster. And wave 2? That’d be Mister Frodo himself, complete with the One Ring, and a Ringwraith. Actually, there’s kind of. third figure too, since collecting all of these mean you get to build the evil dark lord Sauron. A BaF in LotR? Yep.

Tags DST Lord of the rings

Jason's been knee deep in videogames since he was but a lad. Cutting his teeth on the pixely glory that was the Atari 2600, he's been hack'n'slashing and shoot'em'uping ever since. Mainly an FPS and action guy, Jason enjoys the occasional well crafted title from every genre.
@jason_tas
Previous New Venom and Carnage figures head to Disney Stores
Next Ghostrunner speeds onto Nintendo Switch on the 10th