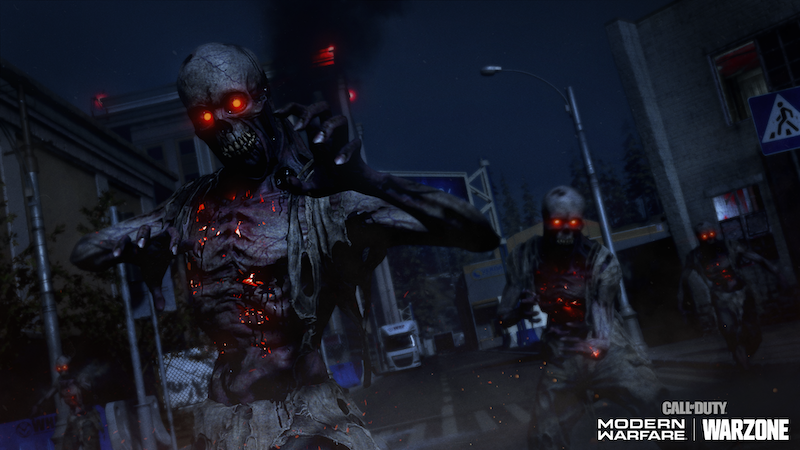 Call of Duty is about to usher in Black Ops, but that doesn’t mean that Modern Warfare doesn’t have one more trick up its sleeve for Halloween.

Modern Warfare isn’t really known for its horror elements. Unlike some other Call of Duty titles, the sub-series isn’t home to zombies lore. But that’s about to change… well, somewhat anyway.

It might not be the zombies that you know, but the undead are coming to Modern Warfare. And just in time for Halloween, they’re bringing a few well-known horror icons with them

Welcome to the Haunting of Verdansk.

This Halloween-themed event will feature the “Trick or Treat” reward system, which contains frights or frighteningly good blueprints and personalization items. Come prepared for infiltrations at day or night, as select modes feature a nighttime variant of Verdansk that includes more than a few Halloween-themed frights. Rather spend the night fighting both the living and the dead? Then prepare for Zombie Royale, an undead twist on Battle Royale where dead Operators use unnatural powers to feast on the living in order to rejoin their ranks!

Crazy? Yeah, pretty much, but it also looks slick as hell and the including of horror movie monsters is an undeniably nice touch. There’s more too, as there’ll be “limited-time modes and effects”, and the in-game store will be stocking those “bundles that bring Leatherface and Billy the Puppet into the fray”.

The horror-infused fun kicks off tomorrow, October 20th, and is set to conclude on November 3rd. Happy Halloween.

Jason's been knee deep in videogames since he was but a lad. Cutting his teeth on the pixely glory that was the Atari 2600, he's been hack'n'slashing and shoot'em'uping ever since. Mainly an FPS and action guy, Jason enjoys the occasional well crafted title from every genre.
@jason_tas
Previous Trailer: XIII shows off its arsenal
Next Hasbro’s Captain America shield replica heading back to stores