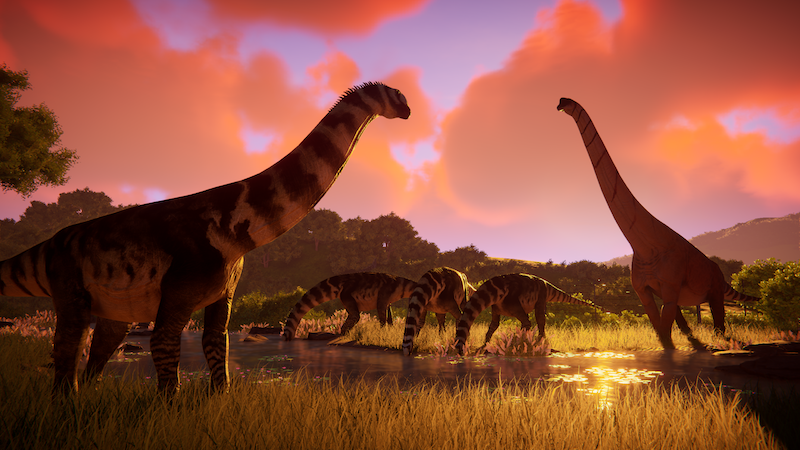 Home / News / Create your own dino-park in Prehistoric Kingdom

No, it’s not officially licensed from a certain other dinosaur property, but Prehistoric Kingdom is nonetheless looking -and sounding- great.

It wasn’t all that long ago that park-builder fans got a title that took advantage of the license that I roundabout mentioned above. But if that game didn’t float your boat, well this one might. Just announced, and looking terrific, is Prehistoric Kingdom.

From Crytivo and Blue Meridian, Prehistoric Kingdom allows gamers to build their own prehistoric-themed safari park. But you don’t just get dinos to play with in this one, as Ice Age mammals are in play as well, and so are unique beasts like the archaeopteryx.

It also sounds pretty terrific, thanks to the vocal talents of “famed zoologist, Nigel Marven”. Have a peek at the title in action in the trailer below.

Design a theme park and bring to life a world of long extinct animals. Create and manage an experience for guests and animals to enjoy and watch your business grow. Customize your zoo to your own aesthetic desires.

Ready to design your own park? Well you have a little ways to wait yet. Prehistoric Kingdom isn’t set to hit Steam’s Early Access program till some time in the second quarter of 2021.

When it does though, here’s a taste of what you’ll get to play around with:

Jason's been knee deep in videogames since he was but a lad. Cutting his teeth on the pixely glory that was the Atari 2600, he's been hack'n'slashing and shoot'em'uping ever since. Mainly an FPS and action guy, Jason enjoys the occasional well crafted title from every genre.
@jason_tas
Previous Trailer: Spellforce 3’s Fallen God expansion gets a new look and a release date
Next October’s Prime Gaming is loaded with plenty of scares