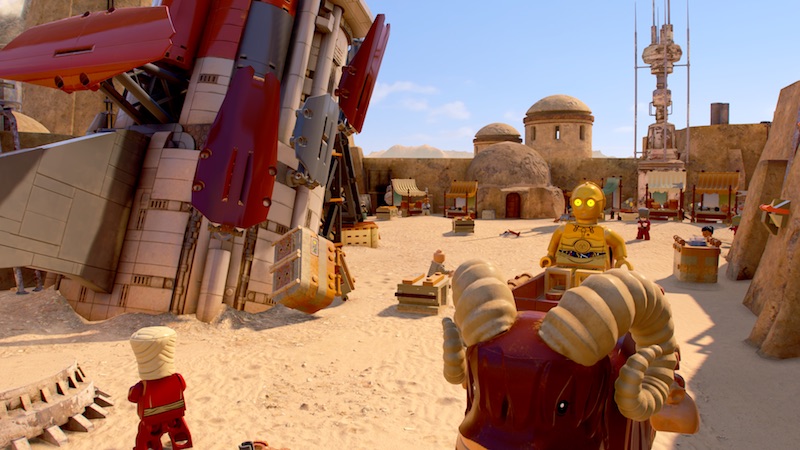 The full Star Wars Saga is coming to a brand new LEGO game from Warner Bros., and now have our first look at the gameplay.

LEGO and Star Wars have long since joined forces. Its usually in the case of a specific movie, or trilogy though, and not the entire Saga. That though, is exactly what the newest LEGO Star Wars game focuses on.

LEGO Star Wars: The Skywalker Saga seeks to tell the tale of the Star Wars universe, across all three trilogies.

“LEGO® Star Wars™: The Skywalker Saga is a celebration of the heritage and future of LEGO® Star Wars™ games,” said Michael Denny, Vice President and Studio Head, TT Games. “For the first time ever, players can explore the legendary adventures from the Skywalker saga in an immense, new game for everyone to play on current and upcoming platforms.”

Nine episodes, dozens of characters, and about a billion laser blasts; here’s your first look at LEGO Star Wars: The Skywalker Saga in action:

In addition to the standard version of the game, 2021 will also see the release of The Deluxe Edition. That version will have a bit extra going for it, as you can imagine.

No release date just yet for this one, but we do know it’ll be along some time in the spring of 2021.

Jason's been knee deep in videogames since he was but a lad. Cutting his teeth on the pixely glory that was the Atari 2600, he's been hack'n'slashing and shoot'em'uping ever since. Mainly an FPS and action guy, Jason enjoys the occasional well crafted title from every genre.
@jason_tas
Previous Nintendo Download: Gaze Into the Crystal and Discover Your Fate
Next Gamescom 20 Trailer: Star Wars: Squadrons’ campaign