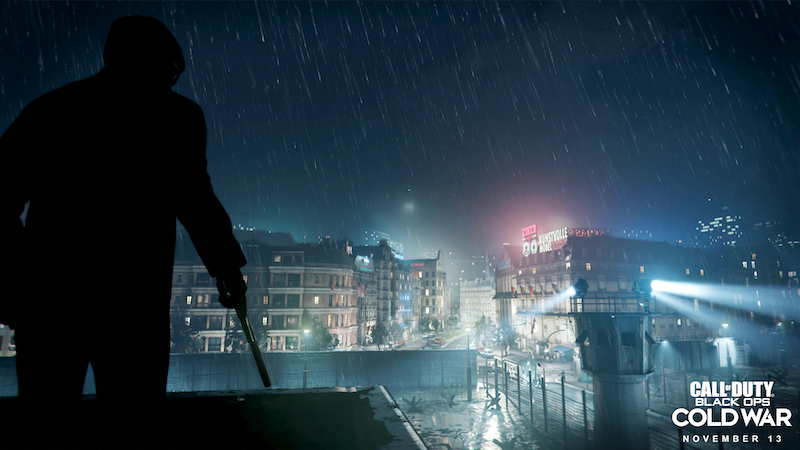 Call of Duty: Black Ops Cold War revealed in all its next-gen glory

It’s the next generation of Call of Duty, but don’t worry because you’ll still be able to play the explosive-looking Black Ops Cold War on your X1 and PS4.

With almost no buildup at all, Activision has unleashed the first real look at the recently teased Call of Duty: Black Ops Cold War. There are explosions, massive set pieces, some awesome musical accompaniment, tons of gunplay and US President Ronald Reagan.

From Treyarch and Raven Software, Black Ops Cold War picks up from the original game in the CoD subset. The new title drops players into the 1980s, for a conspiracy-filled adventure across the globe in one of the most tense periods in world history.

In pure Black Ops style, Call of Duty: Black Ops Cold War fuses elements of 1980s pop culture through a mind-bending conspiracy story, where deception and subterfuge are the norm in the gripping single-player Campaign. In this sequel to the original Call of Duty: Black Ops, players encounter historic figures and learn hard truths as they battle around the globe through iconic locales like East Berlin, Turkey, Vietnam, Soviet-era Moscow, and more. As elite operatives, players attempt to stop a plot decades in the making as they follow the trail of a shadowy figure named Perseus, who is on a mission to destabilize the global balance of power and change the course of history. Beyond the Campaign, players will bring a wide selection of Cold War weapons and equipment into the next generation of Multiplayer combat and an all-new Zombies experience.

Call of Duty: Black Ops Cold War is scheduled to land on the Xbox One, PS4, and PC (via Battle.net) on November 13th. PS5 (which is where all the trailer’s footage came from) and Xbox Series X versions are coming along soon after. Expect those some time this Holiday.

Jason's been knee deep in videogames since he was but a lad. Cutting his teeth on the pixely glory that was the Atari 2600, he's been hack'n'slashing and shoot'em'uping ever since. Mainly an FPS and action guy, Jason enjoys the occasional well crafted title from every genre.
@jason_tas
Previous Nintendo Direct Mini wrap-up: Final Fantasy, Creed, Kingdom Hearts, and more
Next Trailer: Witcheye scares up some side-scrolling fun in launch trailer