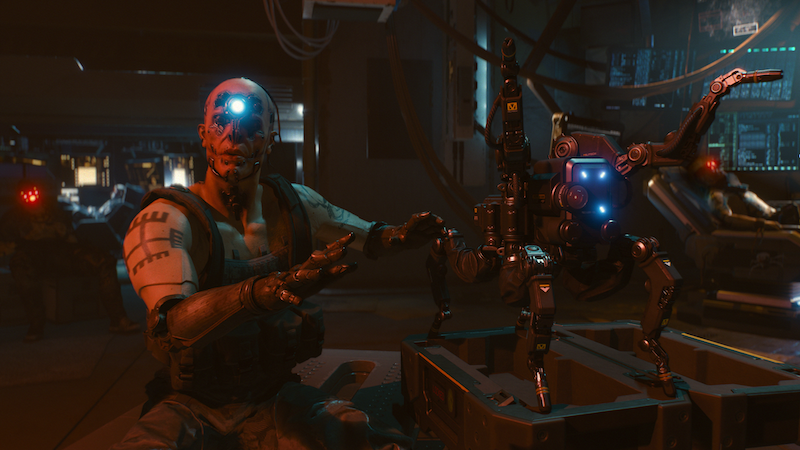 Not one, not two, but three different trailers for Cyberpunk 2077 hit today from CD Projekt Red, as they continue to tease the long awaited title.

There might not be a game, at any point in history, that’s been as highly anticipated as Cyberpunk 2077. From the makers of The Witcher, the first-person shooter/RPG that is Cyberpunk is based on the tabletop game of the same name, and is seemingly taking all of eternity to make it to retail.

After a few false stops though, it really is inbound, and is set to arrive for current and next-gen consoles this fall/Holiday. And you know what that means – lots of trailers to hype it even more… if that’s possible.

Today we have three distinct looks at the game for you. A trio of trailers, each one showing off a different aspect of the game. Enjoy.

The ​Lifepaths featurette takes an in-depth look at the different backstories players will be able to choose for V — the main character of ​Cyberpunk 2077. Each path provides a distinct introduction to Night City and influences V’s experiences throughout the game.

Tools of Destruction focuses on the varied arsenal in ​Cyberpunk 2077. Guns, melee, and cyberware weaponry are all demonstrated, highlighting numerous ways players can engage in direct combat during their adventure through the most dangerous city of the dark future.

Finally, ​Becoming SAMURAI goes behind the scenes to show how Swedish hardcore punk band ​Refused musically brings the in-game chrome rock legends SAMURAI to life, and features interviews with band members and insight into the creative process behind the portrayal.

Jason's been knee deep in videogames since he was but a lad. Cutting his teeth on the pixely glory that was the Atari 2600, he's been hack'n'slashing and shoot'em'uping ever since. Mainly an FPS and action guy, Jason enjoys the occasional well crafted title from every genre.
@jason_tas
Previous Control expansion brings back Alan Wake for crossover
Next Oddworld: New and Tasty cooking up October release