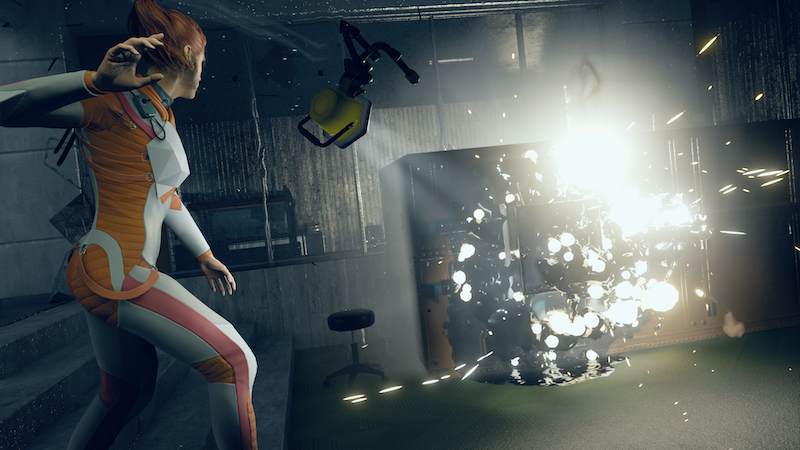 He’s back. The new AWE dlc for 2019’s Control brings Alan Wake back to the spotlight for what sounds like it could be a very interesting little crossover.

So, if you don’t know, then you should be made aware that Control was one to the most highly acclaimed titles of 2019. From Remedy, the game garnered fan and critical acclaim, and even a few GotY awards. From all angles, it looks like a winner.

And now the famed developer is expanding it. But Remedy is not just expanding the title’s own weird world, it’s adding to it. That’s right, it appears as though Control and Alan Wake both take place in the same universe. Now that’s a recipe for some interesting tales.

AWE will take Bureau Director Jesse Faden to the Investigations Sector of the Oldest House, where the Federal Bureau of Control closely examines Altered World Events (AWE) – happenings where paranatural forces breach our world with sometimes grave consequences. The expansion, which becomes available following the completion of the seventh main mission (“The Face of the Enemy”) in the campaign, will require players enter the Investigations Sector and confront the creature lurking within this long-abandoned part of the Bureau. To reclaim the Investigations Sector from its clutches, Jesse will need to explore the Altered World Events investigated here, including one from the town of Bright Falls where Jesse learns more about the disappearance of the writer Alan Wake.

Excited yet? If you’re a Wake fan who has gotten into Control too, it’s kind of tough not to be. Fortunately, Wake’s return is not far off, as players can once again return to the role of Jesse Faden on August 27th.

Jason's been knee deep in videogames since he was but a lad. Cutting his teeth on the pixely glory that was the Atari 2600, he's been hack'n'slashing and shoot'em'uping ever since. Mainly an FPS and action guy, Jason enjoys the occasional well crafted title from every genre.
@jason_tas
Previous Icon Heroes’ Karate Kid figures head into production
Next Behold a trio of new looks at Cyberpunk 2077’s gameplay