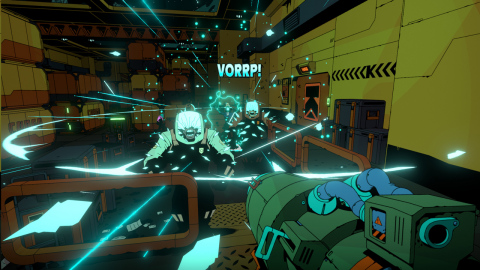 It’s a pretty big week in general for the eShop on Switch. While there might not be a ton of big names, what has arrived is definitely notable.

Void Bastards has gotten a great reception in general, though it is a rogue-like so keep that in mind if you’re looking to buy in. Aside from that though, there’s also SuperMash, which sounds wild, and the bounty hunting Huntdown.

Then on top of that, there’s a pile of indie games and smaller releases, like Jay and Silent Bob, Atari’s Pong Quest, and even The Elder Scrolls Blades. Not too bad all around.

Here’s the full list of what’s out now or will be soon:

Jason's been knee deep in videogames since he was but a lad. Cutting his teeth on the pixely glory that was the Atari 2600, he's been hack'n'slashing and shoot'em'uping ever since. Mainly an FPS and action guy, Jason enjoys the occasional well crafted title from every genre.
@jason_tas
Previous Rune II’s Lazarus update is now available
Next Creepy first-person/horror title Scorn hitting Xbox Series X