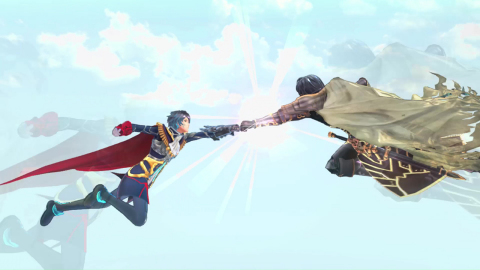 It’s not quite back to normal just yet, but this week’s Nintendo Download is much fuller than its been. Plus, the New Years sale is still rolling.

Back to the games

All in all, it’s not a terrible week for Nintendo fans. Tokyo Mirage Sessions #FE Encore is out, lending a true headline game to the Switch selection. No, it might not be a marquee release, but it’s not bad either.

There are a bunch of smaller releases too, and that New Years sale is still rolling as well. So if you’re looking for something new to play, you actually have a chance to find it.

Jason's been knee deep in videogames since he was but a lad. Cutting his teeth on the pixely glory that was the Atari 2600, he's been hack'n'slashing and shoot'em'uping ever since. Mainly an FPS and action guy, Jason enjoys the occasional well crafted title from every genre.
@jason_tas
Previous Rustland Grand Prix comes to Crash Team Racing
Next Devil May Cry 3 on Switch gets Seamless Style system