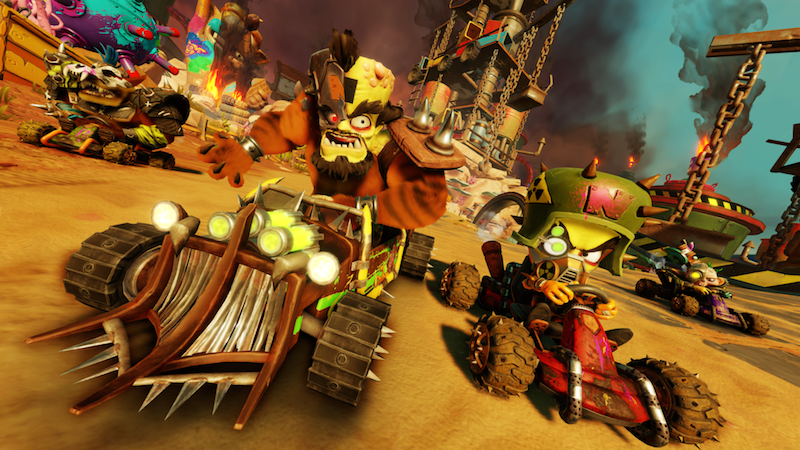 The next piece of downloadable content is racing to Activision’s Crash Team Racing tomorrow, complete with a new track, racer and more.

Oh what a lovely day

Say what you want about downloadable content, but Activision’s DLC plan for Crash Team Racing remains pretty impressive. The publisher has been adding in fresh, free stuff since launch.

That’s a tradition that continues tomorrow with Rustland.

Outrun your opponents in this post-apocalyptic wasteland, where chaos reigns and only the boldest racers earn the spoils! Unlock new skins and karts to gear up for your rumble through an intense new track. Plus, fill your Nitro Gauge to earn a monstrous new character who’s fit for the setting. Lastly, fans might recognize Crash holding a special trophy this Grand Prix. In celebration of winning the Best Racing game at the 2019 Game Awards, Crash is showing off his newly acquired hardware on the title screen in game.

Jason's been knee deep in videogames since he was but a lad. Cutting his teeth on the pixely glory that was the Atari 2600, he's been hack'n'slashing and shoot'em'uping ever since. Mainly an FPS and action guy, Jason enjoys the occasional well crafted title from every genre.
@jason_tas
Previous 100 page Crisis on Infinite Earths comic hits stores
Next Nintendo Download: Summon Your Inner Pop Warrior