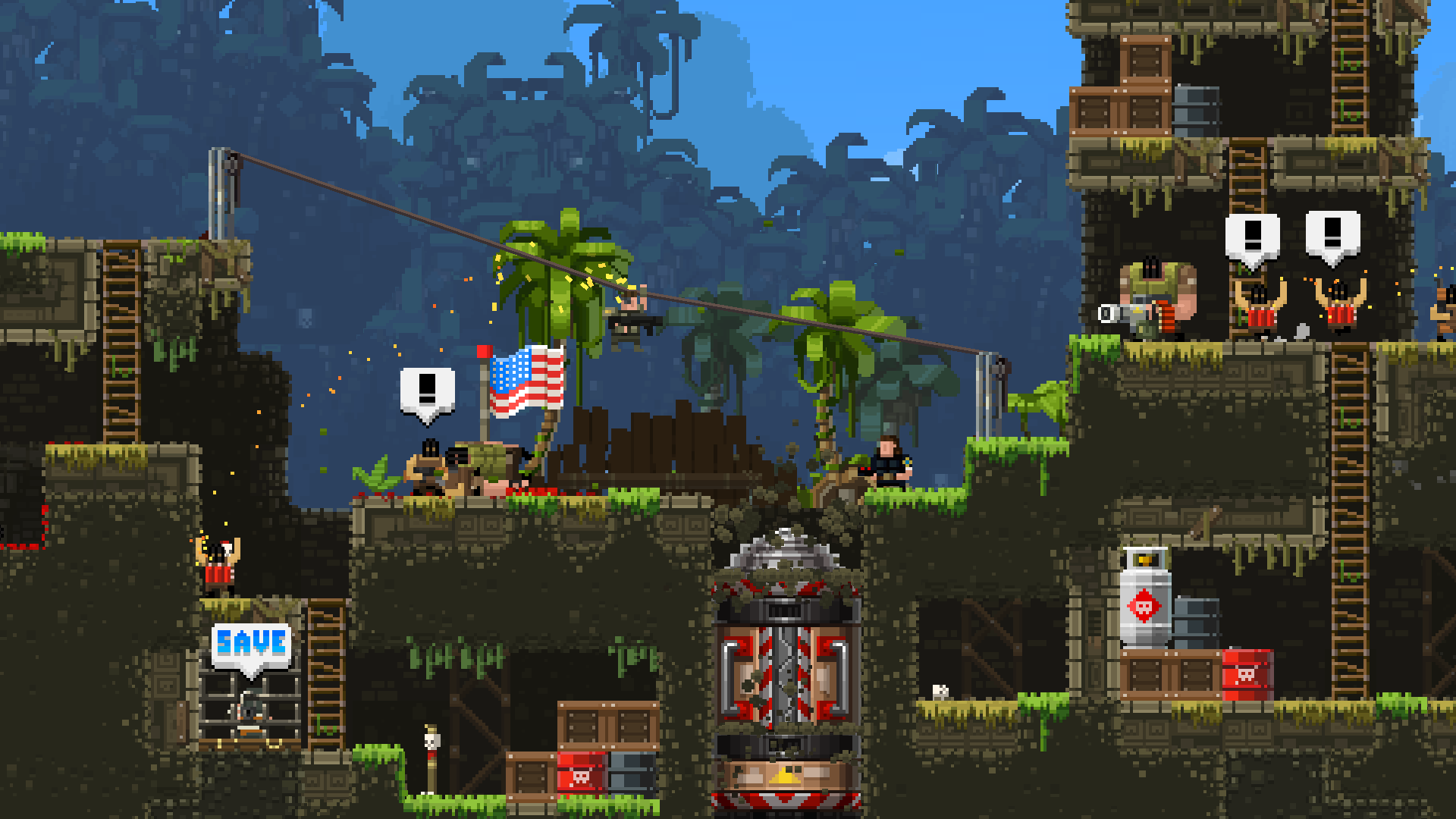 Bringing freedom, lots of action, and plenty of heroes along with it, BroForce is now available on Nintendo’s Switch.

One of the most purely fun side-scrollers around, I am an unabashed fan of Free Lives and Devolver Digital’s Broforce. Now available on the Switch, Broforce is like a playable (and extremely over the top) 80s action flick.

The game is loaded up with cartoony blood and gore, and has more action heroes than you can shake an auto-9 at. Well, sort of. Though BroForce has basically every action hero from the 80s and 90s included and playable, none of them are licensed. As such, they’re all thinly-veiled tributes to the actual characters.

Likewise, the locations and settings that you’ll fight though in the game aren’t from any film in particular. But much like the heroes, they feel like they’re from a movie that you probably know well.

See what I mean? There’s no actual gameplay in the trailer of course, and and game itself does’t actually look that detailed. Though, as far as I’m concerned, it’s just as fun. You can see what we thought of it in the preview of the game that we ran when it was in pre-release Early Access, here.

Jason's been knee deep in videogames since he was but a lad. Cutting his teeth on the pixely glory that was the Atari 2600, he's been hack'n'slashing and shoot'em'uping ever since. Mainly an FPS and action guy, Jason enjoys the occasional well crafted title from every genre.
@jason_tas
Previous A PC classic returns with Jagged Alliance: Rage
Next LEGO Harry Potter Collection coming to Xbox One and Switch