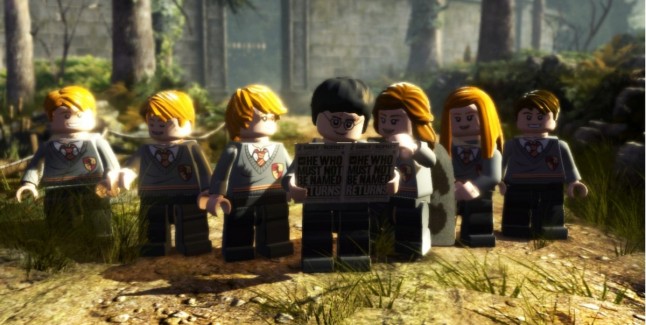 LEGO Harry Potter Collection coming to Xbox One and Switch

The Wizarding World returns to consoles. The full slate of LEGO Harry Potter titles are on the way in a bundle pack.

I feel like it’s probably a missed opportunity that Warner Bros didn’t call this the Hogwarts Collection. Nevertheless, the LEGO Harry Potter Collection sounds like it should make fans of Rowling’s World happy. Especially if you’ve missed out on either of these adventures previously.

As for that Spell Pack, that will offer “Cantis, Densaugeo, Ducklifors, Melofors and Tentaclifors.” So there’s a good deal of bang for your spell-casting buck here.

The LEGO Harry Potter Collection hits the Xbox One and Switch just in time for Halloween, on October 30th.

Jason's been knee deep in videogames since he was but a lad. Cutting his teeth on the pixely glory that was the Atari 2600, he's been hack'n'slashing and shoot'em'uping ever since. Mainly an FPS and action guy, Jason enjoys the occasional well crafted title from every genre.
@jason_tas
Previous Bro, it’s time to spread some freedom. BroForce assaults the Switch
Next Spider-Geddon cover roundup