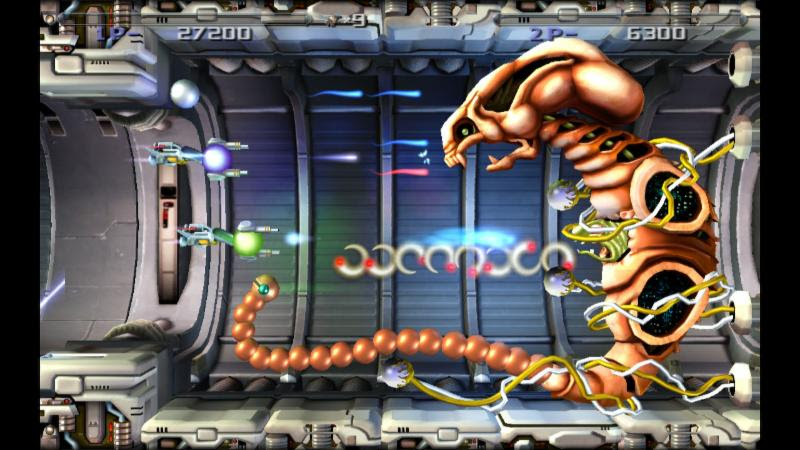 Shoot em up action comes to Switch with R-Type Dimensions

A classic shooter franchise comes to the Nintendo Switch this Winter with R-Type Dimensions. But it’s a little different than the version you remember.

Is there another shooter series that’s as old or as we’ll-regarded as R-Type? I doubt it. And now the latest installment of the blastathon is on the way to Nintendo’s console.

Both the original R-Type and its sequel are included in the pack, and you’ll be able to play both games with either their classic looks or the revamped visual style. Aside from all of that, R-Type Dimensions also has some upgrades over previous releases.

“Full Power-Up” mode allows players to max out their ship’s weapon in the Infinite Mode. That sounds useful. Then there’s the Fast Forward, which will have you speeding up the action. Additionally, the Switch game will have achievements. Though just what that means we don’t know, since the Switch doesn’t feature a system-wide achievement system.

From Tozai games and published by Irem, R-Type Dimensions will hit the Switch this winter.

Here are some additional bullets on it, from the press release:

Jason's been knee deep in videogames since he was but a lad. Cutting his teeth on the pixely glory that was the Atari 2600, he's been hack'n'slashing and shoot'em'uping ever since. Mainly an FPS and action guy, Jason enjoys the occasional well crafted title from every genre.
@jason_tas
Previous Coming Up: The Games of September 2018
Next Here come the Spider-Geddon variant covers