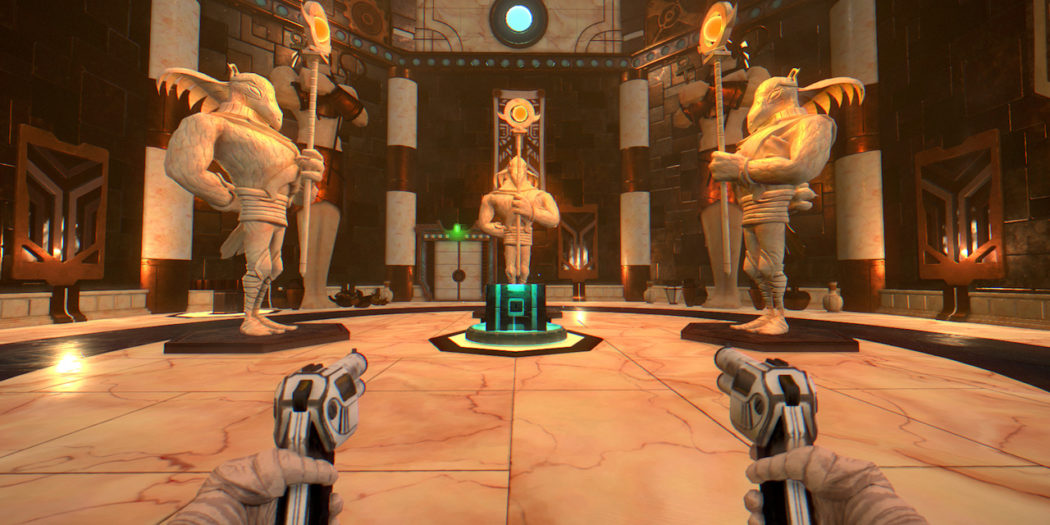 Immortal Redneck shoots up the Nintendo Switch this week

The sands of ancient Egypt is no place for a Redneck… or is it? Immortal Redneck sends its title hero thousands of years into the past for a little old fashioned revenge.

Of mummies and rednecks

“We’ve been dying (and resurrecting again and again…) to bring Immortal Redneck to the Switch,” said Guillermo Andrades, Co-Founder, Crema. “We know players want more shooters on the system, and we think ours will make them very happy.”

From what we see here, it just might. As you can tell, Immortal Redneck actually looks pretty great running on the Switch. The FPS revels in its old school gameplay, with circle-strafing aplenty. It’s also locked and loaded with more than 50 weapons, and blessings from the gods that’ll grant special abilities.

The game is procedurally generated too, so the adventure is always different. That includes when you resurrect after a death. One neat thing to highlight there though, is that even though everything else changes, you keep the in-game currency that you earn. And that means that “stat upgrades, level modifiers, and new player classes called favors of the gods” will all carry over to a fresh go.

One more thing that the game offers, this time exclusive to the Switch, is gyroscopic aiming. I can’t say I’m much of a fan, but there are plenty of gamers who did a little motion control in their FPS’.

Available already on the Xbox One, PS4, and PC, Immortal Redneck is now out on the eShop for the Nintendo Switch. It’ll run you $19.99 USD.

Jason's been knee deep in videogames since he was but a lad. Cutting his teeth on the pixely glory that was the Atari 2600, he's been hack'n'slashing and shoot'em'uping ever since. Mainly an FPS and action guy, Jason enjoys the occasional well crafted title from every genre.
@jason_tas
Previous Nintendo Download: Chase Battles Anytime, Anywhere!
Next It’s possible Walmart Canada has spoiled some huge E3 announcements