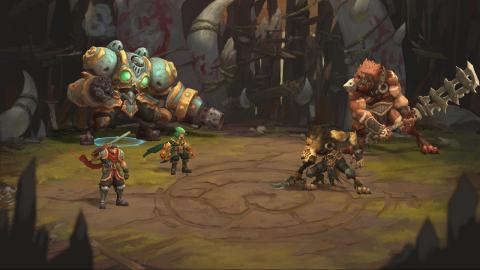 I’ve been waiting for Battle Chasers on the Switch for a while. The game just seems like something that’d be perfect to play on Nintendo’s console, with its turn-based RPG battle system. Plus, with it basically being a JRPG, having the ability to play it on the go is probably the only way I stand a chance to beat it.

Honestly, I’m pretty pumped for Immortal Redneck too however. The rogue “lite” shooter was reviewed here on BG a while back, and I never got the chance to pick it up.

Other than those two, this week also sees the return of the weekly Neo Geo title in Super Sidekicks, the Arcade Archives shump Terra Cresta, The Fall, and much more. Scroll down for the full look.

Jason's been knee deep in videogames since he was but a lad. Cutting his teeth on the pixely glory that was the Atari 2600, he's been hack'n'slashing and shoot'em'uping ever since. Mainly an FPS and action guy, Jason enjoys the occasional well crafted title from every genre.
@jason_tas
Previous May 16th Valiant Previews: Bloodshot, Ninja-K, and Harbinger Wars too
Next Immortal Redneck shoots up the Nintendo Switch this week