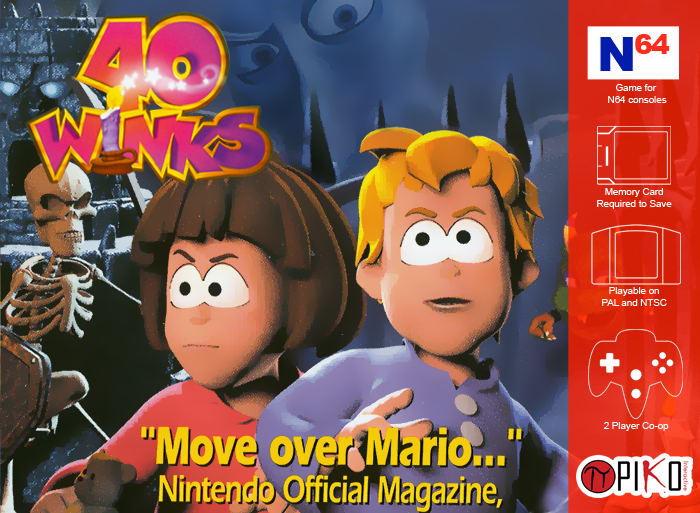 Yes, there’s a new N64 game up on Kickstarter. As crazy as it might seem, a company called Piko Interactive has an all-new cart up for your approval entitled 40 Winks.

Okay so maybe this isn’t all that shocking. Remember that there are still new discs and carts being made for classic consoles. This past year alone saw the release of a brand new SNES fighting game, so it’s certainly not unheard of.

I guess it is where the N64 is concerned though, as that fan-favorite system hasn’t seen a new game in a while. And yet here we are, with 40 Winks hitting Kickstarter. So it’s a new game, but what is it exactly? 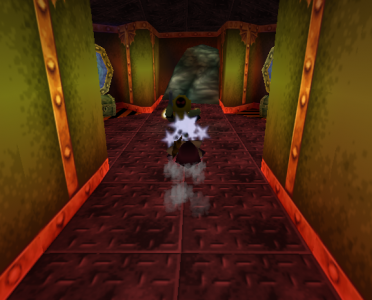 40 Winks is an action platformer where you control brother and sister, Ruff and Tumble. Your goal is to collect 40 Winks scattered around the world to stop an evil man called Nitekap. Nitekap wants to turn the winks into hood-winks who are responsible for giving children nightmares.

Sound cool? Yeah, actually it does. While the game’s “box” touts a Super Mario comparison, the idea actually sounds a lot more like Banjo Kazooie to me. And that’s not a bad thing by any stretch. The game certainly looks like an N64 title too, complete with textures that aren’t the most detailed. Though thats kind of the point, isn’t it?

40 Winks is up on Kickstarter right now, and will have some pretty awesome stretch goals. An N64 controller and console case are both waiting in the wings, as is a Dreamcast version. Cool stuff. Check out the campaign right here.

Jason's been knee deep in videogames since he was but a lad. Cutting his teeth on the pixely glory that was the Atari 2600, he's been hack'n'slashing and shoot'em'uping ever since. Mainly an FPS and action guy, Jason enjoys the occasional well crafted title from every genre.
@jason_tas
Previous Splatoon 2 Starter Edition coming up from Nintendo
Next Monsters Inc Joins Kingdom Hearts