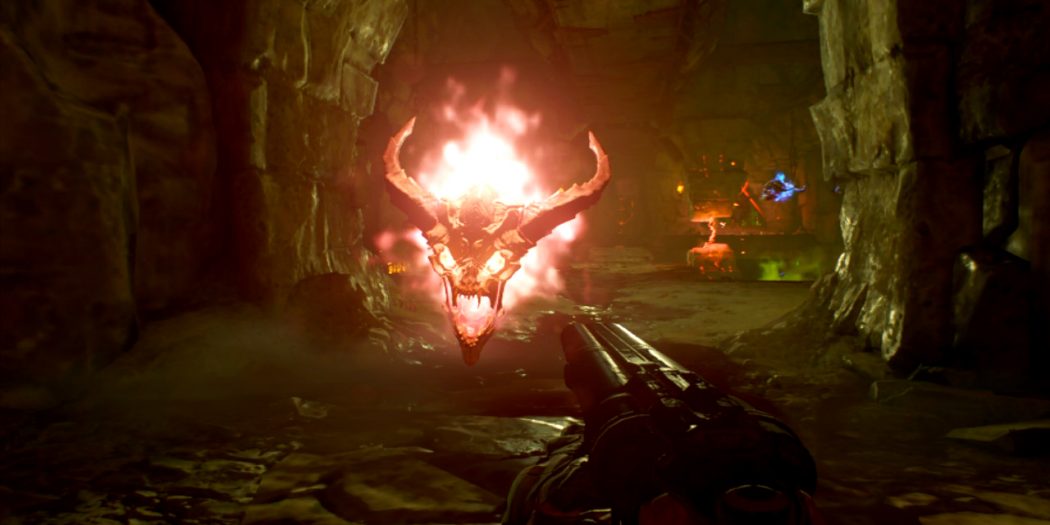 End your year with our Game of the Year for November. Doom is a game that you probably already knew well, but made a fresh splash on the Nintendo Switch.

So November didn’t exactly see a dearth of games. There were a ton of new releases, and some of them were of the blockbuster variety. But Call of Duty: WWII didn’t exactly capture the hearts of our staff and Star Wars Battlefront II… well it turned out to be a bit of a mess. Not exactly Game of the Month caliber.

Then there were the latest Need for Speed, The Frozen Wilds (for Horizon Zero Dawn), and the new LEGO Marvel title too. Still none of those managed to capture a nod from us. Well, one of them did as a runner up, but the main event turned out to be a well-worn modern classic that saw a brand new release.

Of course, that was Doom on the Nintendo Switch.

As you can see, Doom on the Switch provides many of the same thrills and much of the all-out action that it’s previously released cousins did in 2016. Yes, there are differences like a slightly “off” control feel,  some graphical slips, and the lack of SnapMap. But even so, it’s a beast of a shooter running on a console that has a full-on handheld mode. How awesome is that? Plenty awesome, according to our review.

Doom on the Nintendo Switch is a flat-out triumph. The game includes all the bells ad whistles of other platforms editions, minus the level-creation tool. Likewise, all of the excellent campaign content is there and the game plays great. No, it might not look as good as Doom does on the PC, but it’s not all that noticeable when you’re playing it on a handheld at work. If your’e new to the game, you’re going to love what iD and Bethesda have managed to do here. And if you’re not, well you’ll probably still love it.

But there was a runner up, right?

Yes, there was, and it actually came very close to taking the top honors. Nope, it wasn’t CoD. Uh-uh, wasn’t Battlefront. It was the PS4 exclusive Horizon Zero Dawn’s Frozen Wild.

We didn’t review this first expansion for the Sony PS4 exclusive title, but it made an impression with our crew. The pack offers up a tough-as-nails adventure that sends the game’s hero Aloy into the frigid north. There there are plenty more robot animals to battle, fresh upgrades to unlock, and a whole new landscape and narrative to explore.

If you’re a fan of the base game (which is one of the best titles of the year), then you just might love what’s hiding in the The Frozen Wild.

Only one runner up? Yep. There was nothing else that garnered votes last month, though I feel like I should mention that Call of Duty: WWII has sold boatloads and seems like a ripping return to the best classics of the one-running series.

So that is that for November’s Game of the Month folks. Make sure to tune back in next month to see what we picked as December’s winner. It’s gonna be an… interesting vote.

Jason's been knee deep in videogames since he was but a lad. Cutting his teeth on the pixely glory that was the Atari 2600, he's been hack'n'slashing and shoot'em'uping ever since. Mainly an FPS and action guy, Jason enjoys the occasional well crafted title from every genre.
@jason_tas
Previous RASPUTIN: THE VOICE OF THE DRAGON #2 (Comic) Review
Next Episode 24: Happy New Year!