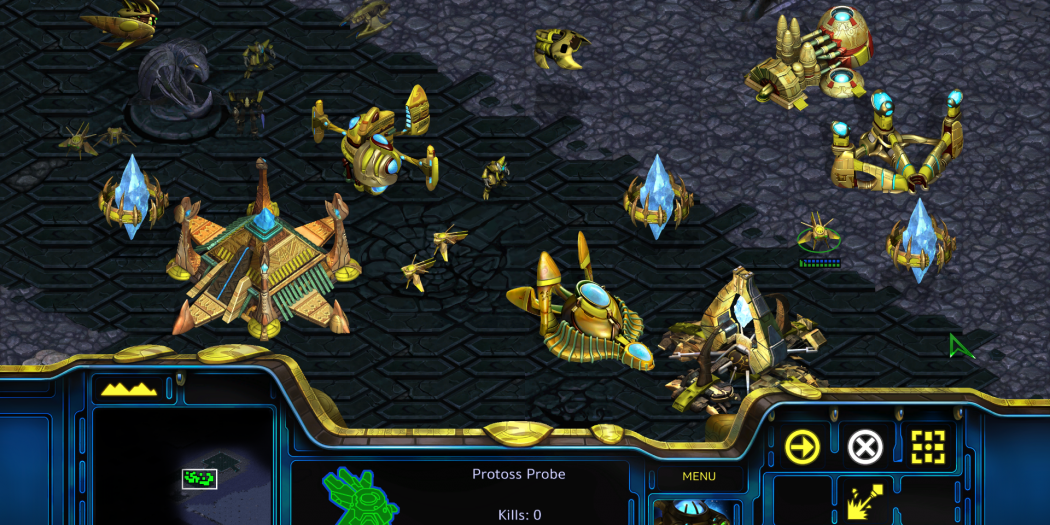 Blizzard is remastering Starcraft, and it’s coming this Summer

Strap in, your Starcraft II addiction is about to kick in again- big time. Blizzard is remastering the classic RTS and launching it this Summer on the PC.

If you were a PC gamer sometime in the late 90s,  then chances are that you loved Starcraft to death. A sci-fi, real-time strategy title, Starcraft was a followup to the high-fantasy RTS Warcraft, and brought a kind of Games Workshop-esque aesthetic to Blizzard’s catalog. It was also nearly perfect.

And I don’t have any problem admitting that it absorbed hours upon hours of my life back then. That goes for the campaign and all the gamer-made maps by the way. It was a phenomenal title that had me playing way longer than it’s eventual sequel Starcraft II did, and I can’t wait to play it again.

“StarCraft is a pure distillation of Blizzard’s DNA—its story, its balance, and all the little details reflect our long-running commitment to epic entertainment, and it’s been a staple in competitive gaming and esports for almost 20 years,” said Mike Morhaime, CEO and cofounder of Blizzard Entertainment. “With StarCraft: Remastered, we’re modernizing the original game’s visuals, audio, and online support to ensure that players can enjoy StarCraft for another 20 years and beyond.”

As for what you’l be able to expect from this remake, well it basically boils down to looks.

Blizzard isn’t messing with anything that made the original such a landmark title. So the gameplay will stay the same as you remember, and that’s a good thing. That said though, Starcraft isn’t exactly breathtaking when compared against the company’s current offerings. So with that in mind, it’s gonna look a lot prettier this time around.

Here’s some of what’s included in Starcraft Remastered:

Two things we don’t know quiet yet though, are the price and the release date. We do know that the game is coming up this Summer for Mac and PC, but that’s about it. So stay tuned, as we’ll have plenty more on Starcraft Remastered as soon as it’s released.

Jason's been knee deep in videogames since he was but a lad. Cutting his teeth on the pixely glory that was the Atari 2600, he's been hack'n'slashing and shoot'em'uping ever since. Mainly an FPS and action guy, Jason enjoys the occasional well crafted title from every genre.
@jason_tas
Previous March 29th Valiant Previews: Divinity III, Ninjak, and Generation Zero
Next Prey to get its own science fiction film festival at Alamo Drafthouse