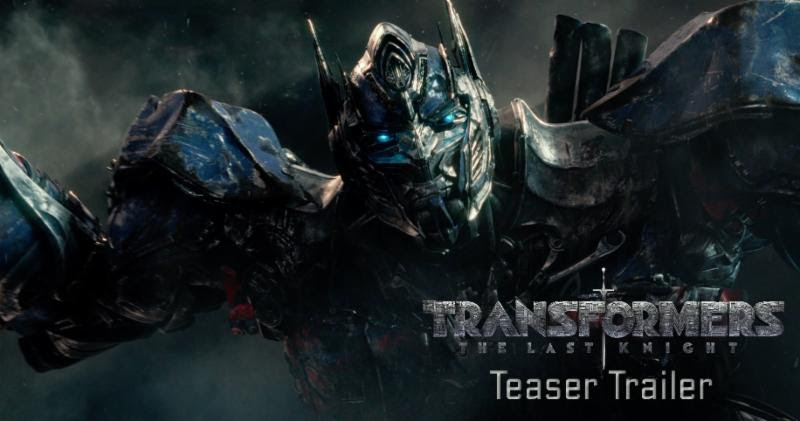 There’s a lot happening in the look at the next Transformers movie. So let’s take a closer look at the first trailer for The Last Knight.

Lots to take in there, especially for something that’s being called a ‘teaser’. We can actually tell quite a bit, and yet there are loads of questions left on the transformable-table.

From the looks of things, the majority of the action will take place in the present time. That’s something that wasn’t a definite, since there was talk of both the middle ages and World War II. As you can see, both eras play into the movie, but won’t be the centerpoint.

Instead, we’ll get a return to the world of today, which will include both Mark Wahlberg’s and Scott Duhamel’s characters. Looks like there’ll be both some new transformers in the mix too, and some interesting tech. That scene with the walker doesn’t quite look like it’s a Cybertronian, though I could be wrong.

And what’s going on with Prime and that… planet?

Obviously Optimus isn’t dead, as Anthony Hopkins’ character asserts at the start of the trailer, but he’s clearly a bad guy of sorts. Sure, he says “forgive me”, but he’s about to kill Bumblebee, so he can’t exactly be the bot he was. And that planet might be why. It looks like Cybertron in a way, but it would sure fit things if it was Unicron instead.

Unicron, by the way, is a sentient planet that can actually transform into a massive robot. He’s like a machine version of Galactus really, and does the same thing too – meaning he swallows up worlds. In the Transformers cartoon movie, he encountered Megatron floating in space and turned him into his servant called Galvatron. That specific version of Megs was already used though, in the last film. So could Prime be swapped into that role for this new movie? I’m thinking ‘yes’.

We’ll see though, as it’s more than a little hazy as to what’s going on, and we’ve got a ways to go before the movie opens. And that’s an event that’s scheduled for June the 23rd, 2017, just so you know.

Jason's been knee deep in videogames since he was but a lad. Cutting his teeth on the pixely glory that was the Atari 2600, he's been hack'n'slashing and shoot'em'uping ever since. Mainly an FPS and action guy, Jason enjoys the occasional well crafted title from every genre.
@jason_tas
Previous Marvel vs Capcom: Infinite Announced at PSX
Next MechWarrior goes solo with Mercenaries