It was recently revealed that mobile game Pokemon GO is a little grabby with your data if you play on iOS. While developer Niantic says there’s a fix on the way. you might want to hold off playing for now.

A fix for the issue has been implemented and issued for versions of Pokemon GO. From the iOS version, I can see that the app no longer has access to anything other than your basic Google info. So it looks like your data is secure.

As of right now, your total Google profile is viewable by Nintendo’s mobile hit Pokemon GO over iOS devices. All you need to do is heard to your settings to see that. What it can’t do, is to make any alterations to your Google Wallet, or change your password. Apparently though, it can view just about anything else. That’s a problem, and not just for those who like their privacy (which should be everyone).

And I mean, even if you’re not worried about Niantic having your info, you could have issues. I don’t think it’s too much of a stretch to say that someone could theoretically get access to that info after all, and they could wreak some havoc.

So, that being the case, what can you do if you’re a Pokemon GO-fanatic? 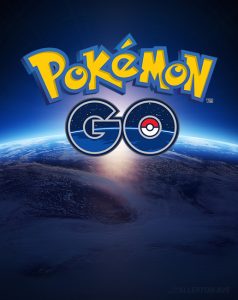 So, for starters, Niantic is aware of the issue. They apparently didn’t really expect this to happen, and didn’t want this kind of access to anything. So they’re working on a fix and should be getting it out very soon.

Niantic explains that Pokemon GO only needs to access your basic Google info to work. On their side of things, Google reportedly has confirmed that, while it does have access to almost everything, the game so far hasn’t asked for any of it.

As to when all this will be taken care of and fixed, well, we don’t really have a timetable. Both Niantic and Google are apparent;y working on it though, so I imagine that something will get done sooner than later. In the meantime, keep on checking your Google permissions.

Also in the meantime, and if you’re worried about data breaches, you might want to consider the alt login option. While servers have been a mess, and the site has been going upgrades, you can technically log into Pokemon GO using your Pokemon account.

So if you have one of those, you might as well make use of it. If you don’t, then you can try your hand at making one. Even though signups are difficult, they’re not impossible. Handfuls of users are allegedly getting through daily, so keep trying.

You can read more at the link below, or read out review of Pokemon GO right here.

Jason's been knee deep in videogames since he was but a lad. Cutting his teeth on the pixely glory that was the Atari 2600, he's been hack'n'slashing and shoot'em'uping ever since. Mainly an FPS and action guy, Jason enjoys the occasional well crafted title from every genre.
@jason_tas
Previous Return to Arkham pushed back, rumored for 2017
Next GTA 5 Redux Mod: Prepare to get your Jaws Dropped