The Technomancer (Xbox One) Review

Ready to rough it on the red planet? Gather your companions, your gear, and get ready for The Technomancer. 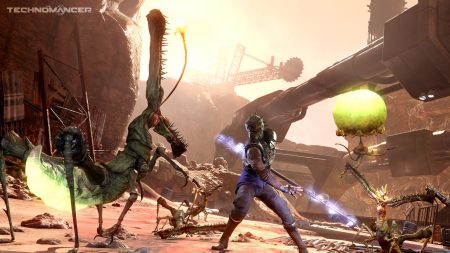 It’s hard to not draw similarities between The Technomancer and older Bioware games such as; Dragon Age: Origins, Kotor, and Jade Empire. The only thing being Bioware did it better. The Technomancer does have some great ideas, but fails to fully flesh them out. An example of this would be the ability to craft items, or rather upgrade a current weapon with a mod made from crafting materials. The idea, in theory is very good however what’s in the game is a very basic representation of what could have been something very integral to the game and combat. At most it feels like filler to make you search around the map for a handful of materials to add a new handle to a weapon, and now it is very slightly better in one aspect 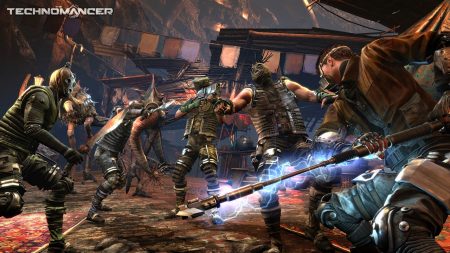 Combat is also something that should be fun for the players, since you’ll be doing so much fighting in the game however it feels extremely repetitive. Yes there are multiple fighting styles, but this only changes the look of combat. You will be using the same method of attack, dodge, and attack again with slight differences if you’re playing as the guardian, or as a rouge. Enemies are also very spongy. In the later game even much lower enemies are a challenge due to their ability to take so much damage and keep attacking like nothing. 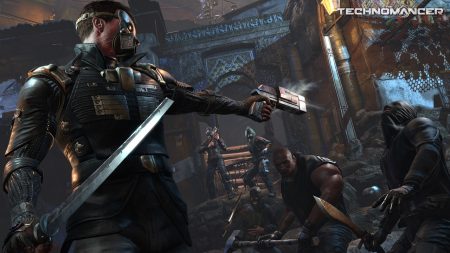 Story wise The Technomancer is definitely deep. With a huge backstory and lore you’d expect from an RPG. Sadly though you are trust in to the narrative much too fast, not giving you enough time to soak up the basic understanding of the story. The story will assault you with faction names, people, locations, and ideals all before you even really know what your place is in the story.

One thing that stands out is the voice acting. Some times it fits perfectly however the other 90% of the time it’s this emotionless drone of info babble that only serves to confuse you more on the plot, and make Zachariah less likable. The Technomancer could have been a great RPG however it misses the very basic necessities of one, a compelling plot, relatable/likable characters, and good game mechanics. In the end the game just lacks any draw to play it. There are many other great RPGs out there that do a better job, and will suck you in to their world and story much better than The Technomancer can.

In all I'm disappointed in the game. It had potential to be something very unique, but turned out to just be not so good.

Jeremiah's been gaming since he was old enough to hold a controller, and he won't stop until he's incapable of holding it any longer. Jeremiah has been firmly planted in geek cutlure since birth, and loves every minute of it.
Previous Deluxe Atari art book announced by Dynamite
Next Well… there’s a new Sonic game coming