With a pricey point-of-entry for the first real contender to hit the market, virtual reality might be dead on arrival for the masses. 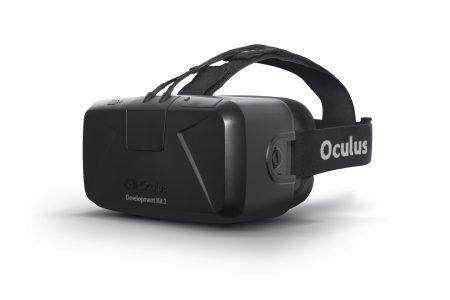 Do you have $600 USD to spare? No? Well I have a feeling that you’re not in the minority there, and that just might be the undoing for any dreams of widespread, home-based virtual reality fun for the near future.

If you didn’t catch our report yesterday, Oculus Rift pre-orders went on offer today at 12 noon eastern time, and with the machine going on sale, we finally found out the price tag (as well as the ship date of March). Frankly, it’s a doozy.

Oculus had previously released info pointing to a retail cost of somewhere between $200 and $400 USD, and then later changed that to ‘over $300’ USD. While that would have been as much as some consoles, it’s highly preferable to what the retail price actually turned out to be – $600 USD. You can add onto that as well for most gamers, as the price for the PC hardware that’s needed to run the Oculus isn’t exactly cheap.

VR is seen as an add-on by most of the gamers that I’ve personally heard from. And it might not be in the same realm as ‘motion gaming’, but it’s been labeled as a gimmick by some too. Those aren’t sentiments that lend to the purchase of a $600 piece of equipment.

Be that as it may, I had the good fortune to try out the Oculus Rift last year, and as someone who was previously very cool on the idea, I was blown away. Yep, I loved it, and all I had to try out at the time was a tech demo. As you can imagine, it was a pretty awesome tech demo.

The sense of realism and depth that this little machine can pump out floored me, and I could only imagine how absolutely glorious playing an FPS with it might be. That said, I don’t think even I could justify spending $600 on it. That’s way more than a console and even more than some decent TVs cost today.

And I hope that’s not the case, as VR-enhanced games could be seriously awesome (imagine the new Doom with the Oculus). As of now though, my main hope is that Sony manages to come in at a more reasonable cost level with its own headset for the PS4. I don’t think gamers would balk at something in the aforementioned $300 range really, you expect to pay a fairly high price for a cutting edge piece of tech after all. But when you start to get into those higher three-digit numbers, there starts to be an issue for the greater audience at large.

Maybe that’s not something that Oculus cares about, maybe they’re only targeting the hardcore enthusiasts out there and not really planning on being something that the majority of gamers will be into. If that’s the case, then this is a non-issue for them.

I guess we’ll have to just wait and see.

Jason's been knee deep in videogames since he was but a lad. Cutting his teeth on the pixely glory that was the Atari 2600, he's been hack'n'slashing and shoot'em'uping ever since. Mainly an FPS and action guy, Jason enjoys the occasional well crafted title from every genre.
@jason_tas
Previous TriForce’s new Assassin’s Creed statue gets a little more final
Next Razer announces super-webcam with the Stargazer