Uncharted 4: A Thief’s End has been pushed back yet again, according to the official Playstation blog.

The game will wrap up Nathan Drake’s saga, which up to this point has spanned three PS3 games and an HD remaster that was recently released for PS4.

“This is our largest Uncharted game to date, and the team has been working incredibly hard to meet the challenge of closing out the game’s development in a timely manner. However, as we approached our final deadlines and started wrapping up the game’s levels, we realized that several key sequences needed extra resources to bring them to the finish line,” the post, published by Neil Druckman and Bruce Straley reads.

“Pushing the date is not an easy choice, and we wouldn’t do it if we didn’t feel in our hearts it’s the best course of action for the game. To you, our loyal fans, we hope you’ll accept our sincere apology. We know many of you have been waiting patiently for Nathan Drake’s final chapter, and now we humbly ask you to wait a bit longer,” the post concludes.

Erich was introduced to gaming by his grandfather before he could walk. Since then, he has grown up loving Nintendo and most games in general. He couples his love of videogames with journalism to cover news, provide reviews and tell it how it is in the gaming world.
Previous Tales of Symphonia gets a Steam release date
Next Some last minute Nintendo Holiday deals arrive in Target and TRU 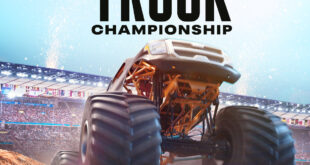