Diamond has a monster list of exclusives lined up for SDCC

Ghostbusters, Marvel, Ninja Turtles, Star Trek… whatever kind of fan you are, chances are that DST will have something on display at the Con next month that you’ll want to get ahold of. 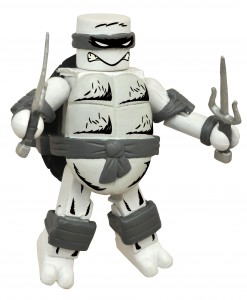 Tons ‘o’ stuff. Dat has action figures, Minimates, statues, a starship, and even a pizza cutter on tap for the big Con, and all of it’s exclusive to the show. Some of this stuff will be only found at the Diamond Select booth, while other items can be bought at additional booths on the show floor, and a few items are pretty limited in their availability.

All of it though, is exclusive to the SDCC itself. So start packing away some cash, and scroll on down to see the full list (my pick’s that black & white TMNT set).

Jason's been knee deep in videogames since he was but a lad. Cutting his teeth on the pixely glory that was the Atari 2600, he's been hack'n'slashing and shoot'em'uping ever since. Mainly an FPS and action guy, Jason enjoys the occasional well crafted title from every genre.
@jason_tas
Previous Like, totally awesome! There’s a new Hulk on the way to the Marvel U
Next Games with Gold Xbox freebies announced for July