There’s swashbuckling to be done in July’s free Xbox One games, and Xbox 360 gamers head back to the front for the final game in the original Gears of War trilogy. 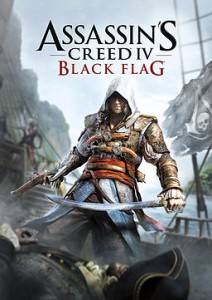 Pretty good stuff all around next month, as the next free to play titles in the Games with Gold series have been announced, and they include some big time games. Kicking things off too, is the announcement that the Gold-subscriber service is expanding to include two Xbox One games each month.

And for the first month of the new era, Microsoft will be offering both Assassin’s Creed IV: Black Flag and So Many Me. Normally $29.99 USD, Black Flag will be free to download and play from the first of the month on though. So Many Me, on the other hand, will be free ins a slightly offset manner. It’ll be free from the 16th through the 15th of August. Interesting timing there.

Over on the 360, you can expect to get your hands on both the original Plants vs Zombies and Gears of War 3. PvZ will kick the month off, going free from the 1st through the 15th. Gears 3 will pick up the free-baton on the 16th, and run through the 31st of the month.

As I said, so really good stuff there if you’ve yet to catch up on some of these. Personally, I’ll be grabbing ACIV, as I never got into that one, and PvZ. Believe it or not, I’ve never played PopCap’s classic tower defense title, so I’m up to give it a spin.

What are you looking forward to?

Jason's been knee deep in videogames since he was but a lad. Cutting his teeth on the pixely glory that was the Atari 2600, he's been hack'n'slashing and shoot'em'uping ever since. Mainly an FPS and action guy, Jason enjoys the occasional well crafted title from every genre.
@jason_tas
Previous Diamond has a monster list of exclusives lined up for SDCC
Next Season 1 of Star Wars Rebels on the way to home video this Fall