Home / Editorials / BG chats about music, games, and the perfect combination of the two

BG chats about music, games, and the perfect combination of the two

Do you turn down the game audio and crank your own tunes while you play games? Apparently, more than a few of us do here at BG, which we found out while chatting this past week. 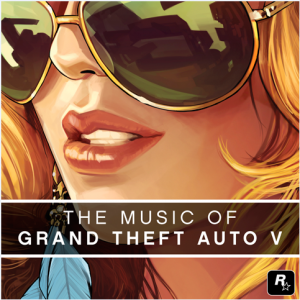 Now, this little topic is not to be confused with the fact that some titles these days let you substitute your own music in the actual game itself. You know, like where you can shut off the music that the developers have chosen and pump your own tunes through your console or PC? Though you might as well imagine it included as well here, that wasn’t exactly what we were talking about. What we were referring to is when you turn down the game, or just switch off the music track, and switch on your stereo or iPod (or whatever).

Different kinds of games sometimes beget different types of music too, and that personal customization of auditory supplementation came through in the below text as well, though sometimes overriding taste levels trump all.

Imagine playing Street Fighter and cranking up the classical music as you lay a beatdown on your opponent, or running through the halls of a forerunner structure in Halo with the sweet, sweet sounds of Elvis Presley blaring all around you. That might not jive for most gamers out there, but it’s that kind of niche preference that you can only get by shutting out what was ‘intended’ to be assaulting your ears and adding in your own tuneage.

Jake started us off in this conversation that revealed the inner workings of the musical taste levels of the BG staffers- including the disturbing news that a few of us actively listen to dubstep. We thought you might enjoy. If you do, feel free to add in your own musical tastes in the comments below- we’d love see what you rock out to while playing your favorites.

Jake C (US Staff Writer) So Jason and I were talking and we were wondering, what kind of music do you all listen to while playing video games? Personally I listen to different genres of music for different games. Funk music for crime games (GTAV, Payday, etc.), screamo and heavy metal for fighters, dubstep or punk for shooters, and classical or jazzy tunes for the Fallout series.

Jason (Editor-in-Chief) I used to listen to music when playing games a heck of a lot more than I do now. Now I mainly use headphones since life has me gaming either reeeeeealy late at night or early in the morn.

When I did though, it was pretty much all rock, alt (loads of Foo Fighters), and some pop – mainly 80s stuff.

Lisa (US PlayStation Editor) For the most part I listen to the game soundtrack. I want to experience the full game. For arcade games or storyless games, dubstep mostly

Jake C I try to listen to the soundtrack of a game, but there’s only so much I like listening to a repetitive track. That’s why when I play a game with a great soundtrack I praise it so highly.

Jason Also Jake, you have possibly the most eclectic musical tastes on the planet.

Jake Hahaha, Jason, I also listen to Ska (Five Iron Frenzy forever ). The only genre I don’t enjoy is probably country. Probably subconsciously because I live in the Midwest and everyone expects me to listen to country based on that.

Jason I just assumed you did.

Carter (Canadian Staff Writer) If I’m sick of the soundtrack or grinding an MMO its either thrash or classical, lol. Sometimes Woflmother because I have a weakness for Wolfmother.

Mike (Indie Editor) I mostly listen to the game soundtracks, although if I’m not, I find myself listening to indie or rock. A bit of metal has found it’s way in there too, thanks to my girlfriend. She’s a big metal head.

Jake I swear, Carter, I misread that and in my head pronounced it like “wafflemother”. I’m good with Wolfmother.

Jake You’ve found the right one, Michael. I got mine into Five Iron Frenzy (seriously my favorite band of all time, ever). What do you think of Disturbed?

Troy (US Staff Writer) As sad as it is, I typically play games with the audio levels barely audible and subtitles on, especially if it’s a loud game. Gotta wait until the kiddos are down to play the games *I* like.

Benj (US Staff Writer) I like listening to the soundtrack especially the Persona series. For level grinding, I mostly listen to a playlist filled with ACDC, Beatles and Nirvana. Oasis too from time to time. Weird yes?

Jason I was just thinking about when I used to play games years ago, and I’d have a second TV going with SportsCenter or something on and maybe the radio too.

Now that I think about it, that just might have been overkill.

Jason's been knee deep in videogames since he was but a lad. Cutting his teeth on the pixely glory that was the Atari 2600, he's been hack'n'slashing and shoot'em'uping ever since. Mainly an FPS and action guy, Jason enjoys the occasional well crafted title from every genre.
@jason_tas
Previous Konami’s and Kojima’s Future After Metal Gear Solid V
Next Check out the first incredibly awesome teaser for Mission: Impossible V