Unless you live under a rock, you’ve probably seen the news/rumor of a falling out between Kojima and Konami. Honestly, at this point, it is pretty much a given that by the end of the year Kojima will probably be leaving; however, as neither party has actually confirmed or denied anything, we will keep this one in the rumor column. Metal Gear Solid V: The Phantom Pain will be released and Kojima is “100% involved”, so let’s not get melodramatic about that. The real question is where do Kojima and Konami go from here?

Hideo Kojima has been with Konami just shy of three decades. The concept of the two parties splitting is as weird as imagining Miyamoto leaving Nintendo. However, based on the information leaked, it’s not surprising. Recently Konami announced they would restructure its properties to be more centralized under headquarters. What this meant was Kojima Productions LA and all related IP would be taken over and rebranded to reflect Konami. And it literally happened overnight. A Redditor noticed the disappearance of the tagline “A Hideo Kojima Game” from promotional work of Metal Gear Solid V.

This sparked an informal internet investigation that revealed the aforementioned brand changes. The rumor mill started cranking, Gamespot reported an anonymous insider source confirmed the rumors and more: Kojima Productions’ senior staff were retitled as contractors rather than permanent employees and blocked from internal corporate communications and internet. It’s no surprise that Kojima and the LA studios upper management refuse to work under these conditions. While it’s obvious why Kojima is leaving, we’ve now arrived back to the original query, what now?

Most people seem very unconcerned for Kojima’s future. He’s a legend within the industry. He has talent, vision, and ambition; moreover, if his upper management is leaving at the same time, there is a good chance they may try to move together. Kojima will have his pick of publishers or studios to work for if he wants. Sony is an easy first choice as they have not only the capital and resources, but a direct platform. Nevertheless, don’t be surprise if he chooses to forgo chaining himself to another corporate monster that is benevolent on whim. He might want the ultimate freedom to create what he wants rather than another iteration of an older game series. Either way, it is safe to say that Kojima will certainly succeed despite the separation. So really, where does the split leave Konami?

Not in a very good place. Their actions feel like watching someone shoot themselves in the foot. One has to wonder where it all started. Corporations make power plays, but this move was extreme and very alienating. Perhaps Kojima really did want The Phantom Pain to be his last Metal Gear and refused to work on another, but Konami wasn’t going to let the cash cow die. Konami released this press statement (translated by Kotaku):

Based on this, it’s easy to conclude Konami was willing to give up Kojima for Solid Snake. 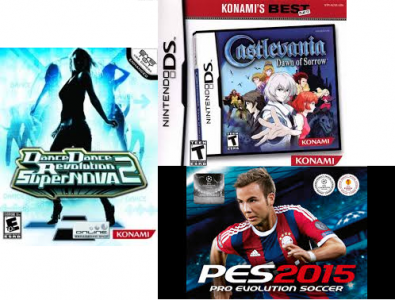 This is Konami’s problem. They put all their stock in iterations of old IPs. Nostalgia is a selling point and some franchises do just fine on this practice (Looking at you Nintendo); however, Konami isn’t even experimenting in new titles. Most of their new titles are in mobile gaming. Enshrined in old school hits, Konami fails to reinvent or revamp its production in anyway. This is indicative of most large publishers that answer more to stocks than creative team members. What is most disappointing is that with Kojima most likely leaving, Konami lost its greatest creative voice. Moreover, it demonstrated its lack of compassion and loyalty towards its employees. They will be hard press to attract new designers and creators.

Konami has made its bed and is very content to lie on it, coasting on laurels and royalties.

Konami isn’t looking good right now, but it will survive, at least for a while. Earlier today its stock was down 21 points, probably due to the rumors and bad press circling, but expect a resurgence with more news of The Phantom Pain and its release in September. Konami has plenty of games they can continually spam with an audience large enough to stay relevant. It’s the sad state of the video game industry and even sadder that Kojima, a very talented creator, suffered because of it. Nevertheless, this isn’t the first time a clash like this has occurred and it certainly won’t be the last. Kojima has a bright future and I personally look forward to what he will do next if he does decide to leave Konami.

Favorite Game: Shadow of the Colossus. Favorite Moment in gaming: 100% completing Legend of Zelda: Majora's Mask. Life isn't hard, Megaman is.
Previous Predator might be on the way to Mortal Kombat X
Next BG chats about music, games, and the perfect combination of the two