Meet Spot: The newest member of Silence – The Whispered World 2

The PC hit Silence is getting a massive sequel and Daedalic Entertainment is revealing the newest hero in Silence – Whispered Worlds 2. 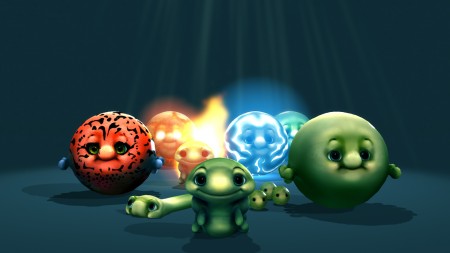 The world of Silence is one of magic and fantasy. The story is about two children who must make their way through the war torn lands of Silence. Their home was obliterated and Noah and Renie retreated to an air bunker. Little did they this bunker had a secret doorway to the magical land of Silence. Noah and Renie left one ravaged world only to find a new world in turmoil.

Joining the brother and sister duo of Noah and Renie is Spot. Spot is a caterpillar who will help Noah and Renie make their way through the fantasy world of Silence. Spot can be used in a variety of ways to help solve puzzles as well as traverse the levels.

Spot is a special caterpillar and can change his density as well as his size and/or shape. Spot can become a giant balloon and float the kids to higher ledges. Spot can also catch fire and help illuminate dark rooms or set things on fire. These two tricks are just a small sample of all the tricks Spot can perform. Silence – The Whispered World 2 is set for release later this year.

As a fearful proponent, I agree with out robot overlords on House Bill 10010101 - The Full Extermination of the Human Race. But until then, make sure to check out all my writings on video game stuff.
@@docbrown303
Previous Valve Will Reveal VR Hardware and Steam Controller at GDC
Next Dungeons and Dragons:Neverwinter coming to Xbox One