Halo: The Master Chief Collection to have day one, 20GB content DLC

Not a ‘patch’ or update, says 343 Industries’ Frank O’Conner, the massive day one download for Halo: The Master Chief Collection is all content and is being used to avoid a two disc package. 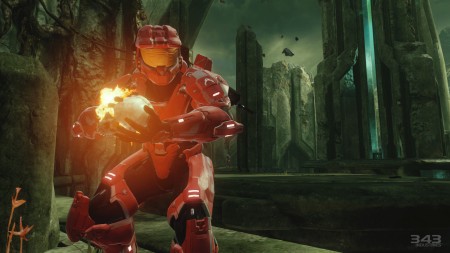 My first reaction, and it was one purely out of what I’m used to seeing in these kinds of collections, was ‘avoid two discs? But we’re talking Blu Rays here’. And while that’s essentially correct, we’re also talking Halo here. These aren’t ‘small’ games by any stretch and The Master Chief Collection gives you four of them in one pack, so a little extra room probably was called for in this case.

O’Conner says that the DLC is mainly multiplayer-based and will equal up to be about 20 gigs of hard drive space. And if you haven’t guessed by now, the whole DLC thing here is strictly to avoid having to have gamers swap discs as a part of their play experience. That’s a noble idea and definitely will be appreciated by most players, but that 20GB install just plain hurts.

Personally, I’ve had to erase quite a bit of content and more than one game since I got my Xbox One console last November. If I want to do the install and play The Master Chief Collection in all its glory, I’ll more than likely have to delete another. Or two.

With this method though, all four of the games included will run right off the disc (no swapping required), as will all the multiplayer content. O’Conner also went on to say that the campaigns will run without the title update “as will some custom content” and that this kind of a scheme might not be the standard when it comes to ‘collected’ editions on the Xbox One in the future.

So I guess this represents kind of a ‘we’ll see’ how gamers like it and it just might be a one-off situation. So if you’re not into it, well, you might only have to deal with it just this once. Of course, the alternative is swapping discs, so…

Jason's been knee deep in videogames since he was but a lad. Cutting his teeth on the pixely glory that was the Atari 2600, he's been hack'n'slashing and shoot'em'uping ever since. Mainly an FPS and action guy, Jason enjoys the occasional well crafted title from every genre.
@jason_tas
Previous Iron Man gets Superior in new monthly
Next Wolverines brings together the friends and foes of Lgan