Turn 10 has announced that there’ll be no DLC made available for Forza Horizon 2 on the Xbox 360. 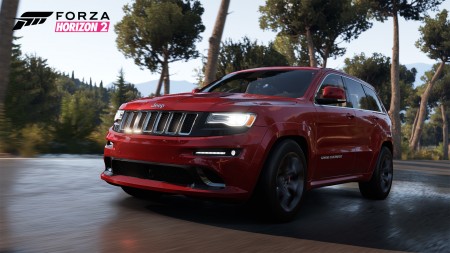 In an age where DLC is as common as boxed retail games, this is kind of an oddball announcement. Nonetheless though, it looks like Forza Horizon 2 gamers on the Xbox 360 will not be getting any of the planned DLC or ‘rewards’ that are on the way to the Xbox One version.

Also kind of strange (though somewhat inconsequential) is that there are actually two different developers for the 360 and One versions of Horizon 2. Playground has produced the the Xbox One edition, and Sumo is cranking away on the 360 DLC-less version. That’s honestly kind of strange since the two editions of the game should be more or less the same, just with different graphics (and DLC accessibility). Not that it should make all that much of a difference.

Jason's been knee deep in videogames since he was but a lad. Cutting his teeth on the pixely glory that was the Atari 2600, he's been hack'n'slashing and shoot'em'uping ever since. Mainly an FPS and action guy, Jason enjoys the occasional well crafted title from every genre.
@jason_tas
Previous NYCC 2014: Have a gander at Marvel’s lineup of goodies that’ll be at the booth
Next MotoGP and MXGP to get bonus DLC for GameStop/EBGames buyers