Looking for something a little simpler and without all the wall-racing? How about the original Super Mario Kart? 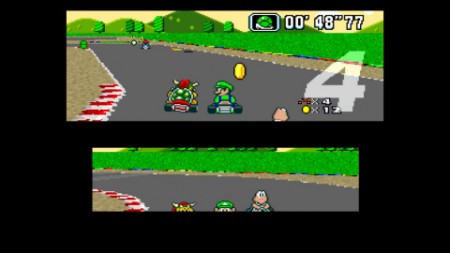 The game that started it all is finally here on the Wii U and it’s probably going to be an instant download for anyone who doesn’t have the actual cart anymore. I can’t tell you how many hours I spent on this one back in 1992 (and for several years thereafter) when it debuted on the SNES. There was something magical about kart racing in the Mushroom Kingdom that couldn’t be beat. The Nintendo magic was strong with this one, so strong that it’s produced 8 sequels to this point, with more (I’m sure) to come.

Mega Man 5 also continues the Mega Month on the Virtual Console, along with the also robot-powered Cybernator. I always thought Cybernator was a prequel to the excellent Metal Warriors (one of my favorite games of all time), but a recent search turned up that that’s not the case. Still though, it’s an extremely similar title, so if you like MW chances are you’ll dig this one too. 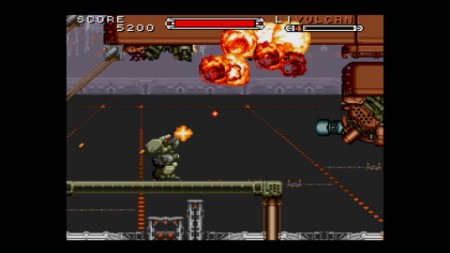 Jason's been knee deep in videogames since he was but a lad. Cutting his teeth on the pixely glory that was the Atari 2600, he's been hack'n'slashing and shoot'em'uping ever since. Mainly an FPS and action guy, Jason enjoys the occasional well crafted title from every genre.
@jason_tas
Previous Ryse: Son of Rome rises on PC
Next Sleeping Dogs: Definitive Edition announced for next-gen