If you missed out on this sleeper hit the first time around, you’ve got another chacne coming up in a few weeks, and this time with a substantial graphics bump. 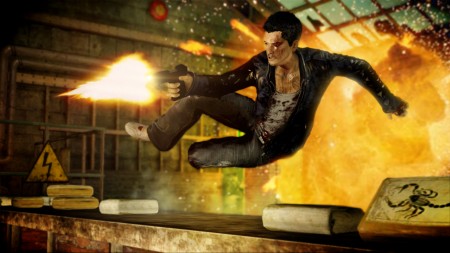 Rumored just a few months ago, Sleeping Dogs: Definitive Edition will come packing all the original game’s DLC (natch) and will be hitting the PS4 and Xbox One this Fall. Amazon currently has the game available for pre-order and is offering an art book as incentive too, so there’s a little something extra available if that kind of thing does it for you.

The game is pretty great all by itself though and has gotten all kinds of acclaim, including from us. So if this is a gem that you missed on the Xbox 360 and PS3, you might want to make sure you grab it on the PS4 or Xbox One. Sleeping Dogs: Definitive Edition is due to hit shelves on October 14th.

Jason's been knee deep in videogames since he was but a lad. Cutting his teeth on the pixely glory that was the Atari 2600, he's been hack'n'slashing and shoot'em'uping ever since. Mainly an FPS and action guy, Jason enjoys the occasional well crafted title from every genre.
@jason_tas
Previous The original Mario Kart and more in this week’s Nintendo Download
Next Crimes & Punishments deduces a release date and a new trailer