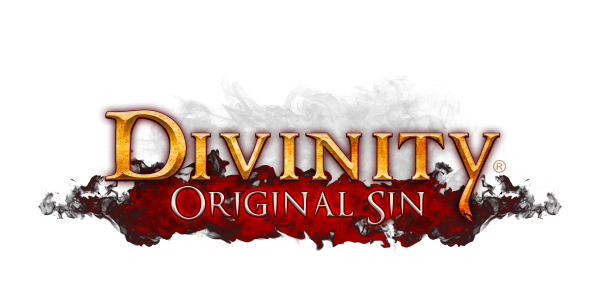 I have fond memories of old-school RPGs like Baldur’s Gate and Neverwinter Nights, so having a game like Divinity come to life after a Kickstarter is a great thing. The game is in beta now, but it already plays like a fully fleshed-out game. You slowly get sucked into a story that makes you want to continue playing. When you are done playing, you can look forward to the player-made adventures.

Divinity: Original Sin has everything one can expect from an old-school turn-based RPG. Quests upon quests, dialogues with meaningful options and being able to severely screw up your story progress if you decide to take a more sinister route.

Steve and Steve, not Adam and Eve

A unique thing about the game is that you have to create two characters. The starter characters are a man and woman. The box art and the title both hint at a bond between the two protagonists. Personally, I saw none of this and just picked my two most used gamer pseudonyms. I, simply, made my beloved nicknames into a couple. I was too far ahead to quit once I realized, and since I love the characters I crafted in my gaming years, I decided I would have to accept their new found connection. 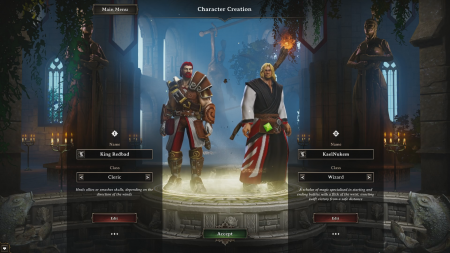 Of course, you can also go with Eve and Eve or the more traditional Adam and Eve. Their banter will be all the same, but depending on your taste, you can choose whatever you want. I did find my happy coincidence thoroughly entertaining the further I got into the game. I never imagined my nicknames to interact the way they did in this game.

Along the way, you can pick up some interesting characters that each have their own reasons to join you. Listen to what they have to say though, some information might come in handy. Some of the dialogue tells you their likes and dislikes, so don’t do things that piss them off too much, because they can leave your party at any time.

Talk of the town

The banter between your characters is as addictive as gossip. Better yet are the dialogues you can direct yourself. You can make your relationship into one that values cooperation or you can go for the couple that will only bicker with each other. If you are of the latter one, you will be in for a surprise.

I have always had an image of my characters in my mind. So being able to make my nom de guerre come to life is something incredibly fun. In the beginning of the game you have a chance of meeting a talking clam. After he gives an explanation, you get the chance to decide his fate. You can either give in to the clam’s demand or take the more selfish route and make some profit out of this special creature. You could screw the clam over, but what if there is something to gain from helping him?

If you make your characters disagree too much, you will get into a short mini-game of rock, paper, scissors. Personally, I found this an utterly frustrating feature. There is a bar with ten circles for each you and the character you are trying to convince. Based on the points you spend in your attributes, you intimidate, charm or reason the person you are talking to. The higher your attributes are, the more points you get.  The first one that gets to ten points wins. Since it is all very random, you can still lose even if you get six points per win.

You are part of an organisation that hunts Source users (Source means magic in this game). Coincidentally, those that go after the users are called Source Hunters. You go in search of the person(s) that are responsible for the oddities and atrocities that got set loose upon the world. In a way, you are more a detective that uses violence than a hunter.

Your investigation starts in Cyseal, a city that recently got shook up by a murder of a councillor. During your search in the city, you find out that a lot more is going on than just a killing. Slowly, you discover that the entire city is built on secrets.

Alt is your friend

Which brings me to the puzzles and mysteries. As I have said before, you can meet some odd creatures in this game, but the ordinary ones have a lot to say as well. If you take the talent Pet Pal you will be able to talk to animals, which can be a godsend for certain quests. Who, after all, expects your fluffy Mcmeow to talk about your dirty laundry?

Enough side quests to forget about the main quest line, but sufficient side quests that are an integral part of the game’s story. As with RPGs from a day when dialogues had to be read, you will have to pay attention to the hints and slip ups the NPCs give you. With all the dialogue options you get, you can get yourself in a more favourable position.

The best thing you can do in the game is press alt when you enter a room and click on –everything-. I really mean everything. Every time I got stuck, it was because I just didn’t make use of all the items in a room. In a way, the game is one big treasure hunt.

As with most RPGs, you have a plethora of classes you can become. There are a few standard ones in the game to get you started, but if you are of the opinion that originality is a golden standard, then go wild and make whatever you want. With talents such as zombie, leech and demon, you can become a vampire zombie from hell, if you so desire.

This goes the same for the skills you can mix. By combo-ing certain skills you can get some unique effects. For instance, poisoning an enemy and then shooting a fireball at him will cause him to explode. Having a team of different classes really pays off that way.

You can’t just pick whatever spell or move you want. After every level-up, you can put a point in an ability. If you want to learn skills, you will have to put points in a certain skill of which you want to get abilities from. The amount of points you have invested in a skill grants you an amount of abilities you can have.

The same goes for crafting, weapons damage and personality traits. You can keep one point in a certain thing and never level it up, but that will limit you severely the higher your level becomes.

I got lost in the story and spent hours figuring out the best tactic to vanquish enemies. The game has so many layers that it provides near endless entertainment. Saving before you murder the mayor or stealing the entire interior of an inn to get some coins, it just never gets old.  The game will only get bigger after it is released and the multiplayer makes playing it again with friends a whole new experience.

I have high hopes for this game and so should you.

I am 24 year old whose love for gaming started with my dad showing me games like Wolfstein 3D and Aladdin. As I grew older, so did my interest in games. I would religiously read Dutch game magazines to keep up to date. Initially. What was supposed to stay as something to pass time has grown to having a love for all things gaming related.
@RickRozenberg
Previous E3:2014 Let It Die Revealed As PS4 Exclusive
Next Toys R Us celebrates E3 with deals and pre-order incentives for Skylanders and Disney Infinity