Feature Friday: The 5 best Horror Games of all time

Naming the greatest games in gaming’s horror catalog is a tall order, but one that feels right at home here in Horror Month.

All month long in May, we’ve been running more horror stories than usual here on BG. Along with a series of horror-themed Feature Friday spotlight articles, it’s been quite the month as we celebrate all things spooky and thrilling. Now that the celebration is coming to a close (the last week is next week!), we’re getting down to the nitty-gritty, and that’s what today’s piece celebrates.

These five games are my personal favorites of the genre, games that stand the test of time and are every bit as scary and jolt-inducing today as they were when they were released; even though their graphics might not exactly be cutting edge when compared to today’s biggest titles. So without further ado, lets dig in… 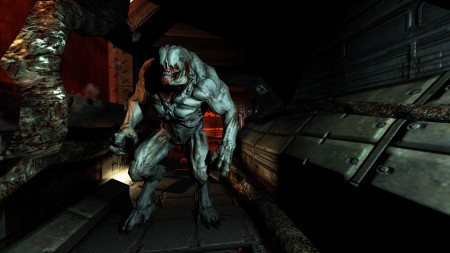 Maybe iD’s most controversial release in the series, Doom 3 was both praised and criticized upon its release. Critics thought the game was too formulaic and adhered too much to classic FPS genre conventions and didn’t take enough chances. They also lambasted it for not having a flashlight readily available while brandishing a firearm (personally, I just think they were too scared) and making use of so-called ‘monster closets’. If you don’t know what those are, just picture clearing a room of bad guys and then being attacked from behind by a monster that wasn’t there moments before.

While I definitely agree with some of that and that random spawns are kind of annoying, they also make for a great horror experience. Maybe folks who reviewed Doom 3 were too caught up in it being an FPS and couldn’t see that it had the bones of a great horror experience that gave some legitimate shock-scares and even a few creeping ones. Either way, Doom 3 is a must-play and one that’s available for only a few bucks these days depending on which platform you grab it for.

The original and still the best of the series from EA and Visceral, Dead Space was a revelation; a horror-encrusted island alone a the gamescape that contained few truly scary experiences at the time. Even though Dead Space excelled in action and shooting the body parts off of undead alien life forms, it’s main focus was on scaring the wits out of gamers and it did it very well indeed.

From the moment the game booted up, the atmosphere was thick with horror and a tangible sense of dread and fear that never really dissipated throughout the narrative. I don’t think personally, that I ever really got ‘used to’ the Necromorphs either. These undead amalgams of former humans (think The Thing) were so revolting and terrifying that they stayed fresh (no pun intended) and viably frightening all the way through.

Dead Space 2 watered down the formula a bit and made the play environment a little too ‘big’ in my estimation, and part 3 was pretty much all action with some scares thrown in for good measure. If you’re going to pick just one to play of the lot, make it the original.

You had to know this was going to be on here somewhere. Eternal Darkness is one of the most talked about horror titles of all time and a game that GameCube fans flocked to as a truly mature experience on the pre-Wii Nintendo console. There was a reason for that too, it was incredibly creepy.

Developer Silicon Knights did a fantastic job melding Lovecraftian (more on Mr. Lovecraft in a bit) conventions with their own spin on things and making a game that both offered what fans of the genre would expect and brand new things like the apparently forgotten sanity mechanic. This little meter actually gauged your in-game character’s sanity and as it drained, things would take a turn for the insane in the world. This made the game harder and at the same time, much, much scarier.

One of the great mysteries in gaming is why Eternal Darkness never got a sequel. No company ever was able to get one done and now that the game is good and forgotten about, except as a footnote in the Cube’s history, it certainly seems as though one will never see the light of day. At least we got one masterpiece of horror out of the deal, which isn’t too bad.

Though the original Resident Evil is plenty scary all by itself, the remake made for the Nintendo GameCube is a whole different animal. Fantastic graphics and terrific sound combined with the original RE story (from the first game) and settings to make one Resident Evil to rule them all.

This was one of the first games in Capcom’s Nintendo blitz of releases and re-releases to show support for the GameCube as a mature console for older gamers (read: not just for kids). Though the initiative didn’t really pan out, we did get this gem and a very solid title in Resident Evil Zero. 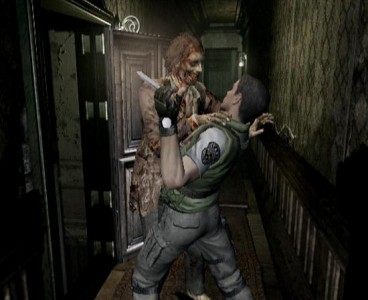 The REmake even added in a bunch of new stuff to play through including one of the creepiest segments in any Resident Evil title; that section that led out of the mansion from under the stairs. If you played it, then you know what I’m talking about, if not- go find a copy stat.

1.) Call of Cthulhu: Dark Corners of the Earth – Originally released October 24th, 2005 for the Xbox

Beyond a shadow of a doubt, Dark Corners of the Earth is one of the most unsettling games of all time. Like Eternal Darkness, this game figured sanity (or lack thereof) into the gameplay, unlike Eternal Darkness though, Dark Corners of the Earth is all about Cthulhu and H.P. Lovecraft’s particular vision of otherworldly horror.

It might be an first-person ‘shooter’, but this isn’t all-out action by any means. Dark Corners of the Earth is terrifying at times, tense and surreal at others, and genuinely fascinating all around from multiple perspectives. The world is well designed and the script is terrific for what it is with a great vibe that feels like the classic Lovecraft horror that it’s based on.

The sanity aspect of the game is also super-well designed. With no HUD at all, it’s somewhat difficult to decipher what’s happening as to your character’s mental state- and that’s a good thing as it only adds to the suspense. Fear and degrading sanity are represented by a continually degrading view into the game’s world. You’ll literally start seeing and hearing things that aren’t there (or are they?). If that sounds like something that’s both unique and incredibly cool, that’s because its both.

The game was released on the Xbox originally and later showed up on the PC (where it’s dirt cheap). A PS2 version was cancelled though and the rest of the planned trilogy never made it past the initial design stages after developer Headfirst bottomed out and couldn’t raise the necessary funds to make them. These were days before Kickstarter remember, and options like crowd funding just flat-out didn’t exist.

If you can find a copy of the Xbox game, or have access to a PC and Steam, Call of Cthulhu: Dark Corners of the Earth is beyond worth a play trough and is easily my pick for the scariest game of all time. Here’s to hoping we get another one at some point.

And that’s my top five titles that’ll give you the heebie-jeebies. I hope you enjoyed the read everybody and hopefully you agree with at least a few. These kinds of lists can be touchy subjects across the boards though, so if you have some favorites of your own that you feel should have been included here, then by all means share them in the comments below.

I’d love to read them… just don’t disagree with my number one. There’s no debate about that one…

Jason's been knee deep in videogames since he was but a lad. Cutting his teeth on the pixely glory that was the Atari 2600, he's been hack'n'slashing and shoot'em'uping ever since. Mainly an FPS and action guy, Jason enjoys the occasional well crafted title from every genre.
@jason_tas
Previous New Murdered: Soul Suspect trailer talks ghostly goings on
Next Mario Kart 8 comes to NASCAR