If you missed out on some of the original Wii console’s greatest, you’re in luck. 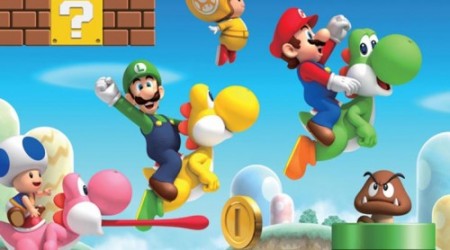 All three games have been pretty constant hits for the system (as you can see from the above numbers) and have pretty nice followings of fans already. The lower price tag offers a great opportunity to grab one if you missed it the first time around though- or even if you’re just looking to fill in your Wii library since the console is well on the way towards the history books at this point.

Personally, while I liked the other two just fine, I can’t recommend New Super Mario Bros Wii enough. If you like classic Mario gameplay, it shouldn’t be missed. And at $29.99, why would you?

And while you’re catching up on your Mario, why not have a peek at our review of his Brother’s first starring role in New Super Luigi U?

Jason's been knee deep in videogames since he was but a lad. Cutting his teeth on the pixely glory that was the Atari 2600, he's been hack'n'slashing and shoot'em'uping ever since. Mainly an FPS and action guy, Jason enjoys the occasional well crafted title from every genre.
@jason_tas
Previous Wolverine: Japan’s Most Wanted #10 out today
Next Battlefield 4’s weapons customization is a beast